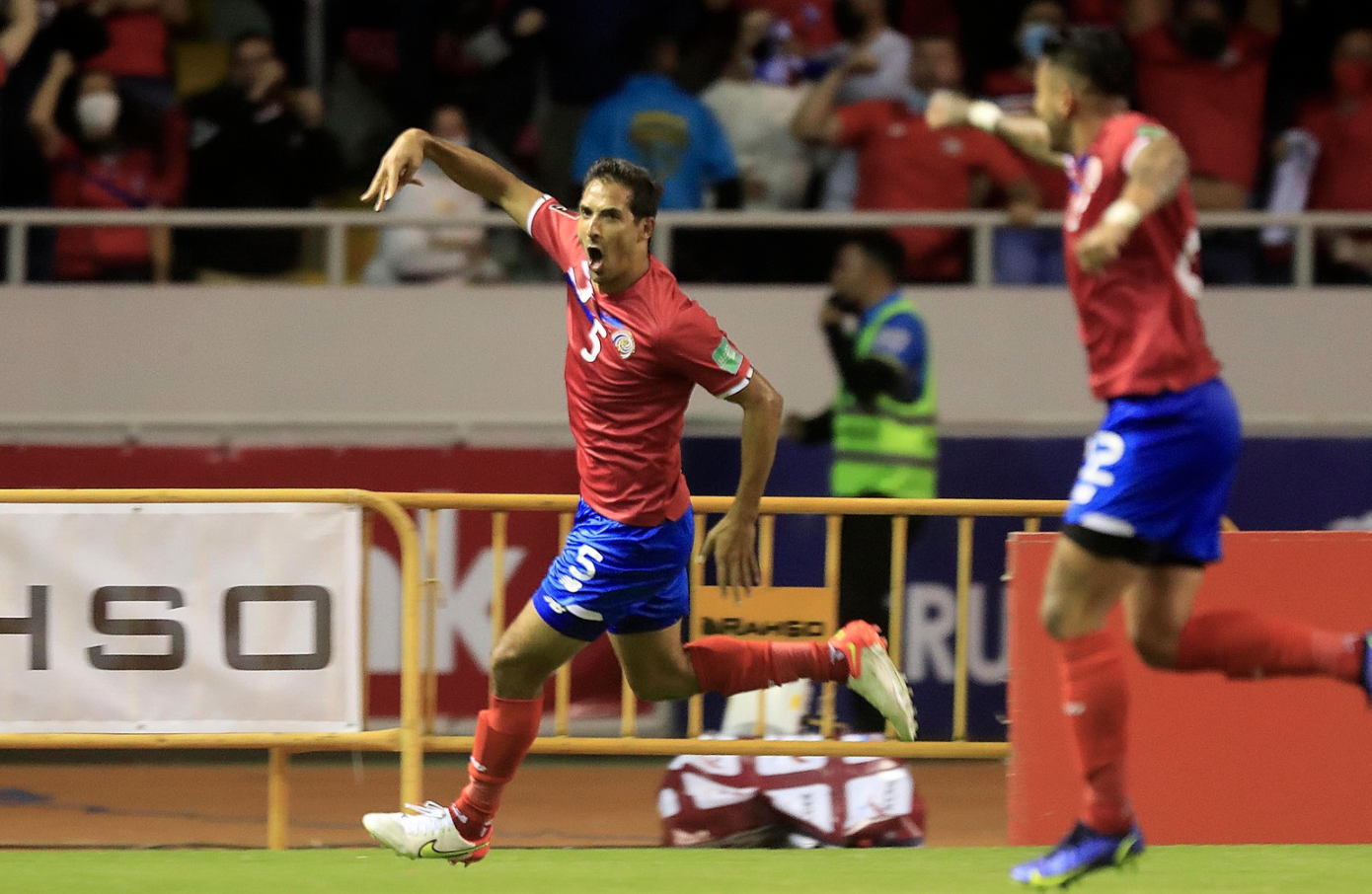 March 25 – Costa Rica catapulted themselves back into contention for a place at the Qatar 2022 World Cup with a 1-0 win over group leaders Canada, the first time the Canadians have been beaten in the final round of qualifying.

Costa Rica move into fourth place in the table with 19 points, six points behind Canada but only three points behind Mexico and the USA who shared the points in a 0-0 draw in the Azteca Stadium in Mexico City.

There are two games left in Concacaf qualifying to be played March 25 and March 27. Costa Rica play their final game at home to the USA in what could potentially be a deciding match for the automatic qualification slots. Canada need just one point from their two remaining matches to secure only their second ever World Cup qualification. Their first was in 1986.

Only the top three teams in the final eight-team group of Concacaf qualifying win automatic places for Qatar 2022. The fourth placed team goes forward to the intercontinental play-off.

Panama had been occupying that position but they only managed a draw against bottom side Honduras.

Costa Rica started their World Cup qualifying slowly and looked very much like a team struggling to find replacements for their older stars who have driven the country to the last two World Cup finals.

It was veteran midfielder Celso Borges who was once again Costa Rica’s hero, scoring in the first half to set up the win in front of a passionate home crowd.

For Canada, who have impressively grown in stature and confidence throughout the qualifying campaign, the result will be a reminder of how cruel and precarious football can be.

Midfielder Mark-Anthony Kaye was sent off in the 34th minute for a second yellow card. Borges headed home in added time in the first half.

Although down to 10 men, Canada pushed the Costa Ricans with Tajon Buchanan testing goalkeeper Keylor Navas and a Stephen Eustaquio shot just going wide. With two minutes on the clock a Jonathan David header hit the bar.

Canada failed to get that point that would have guaranteed their World Cup qualification. Costa Rica lived to fight another day in their battle for qualification.