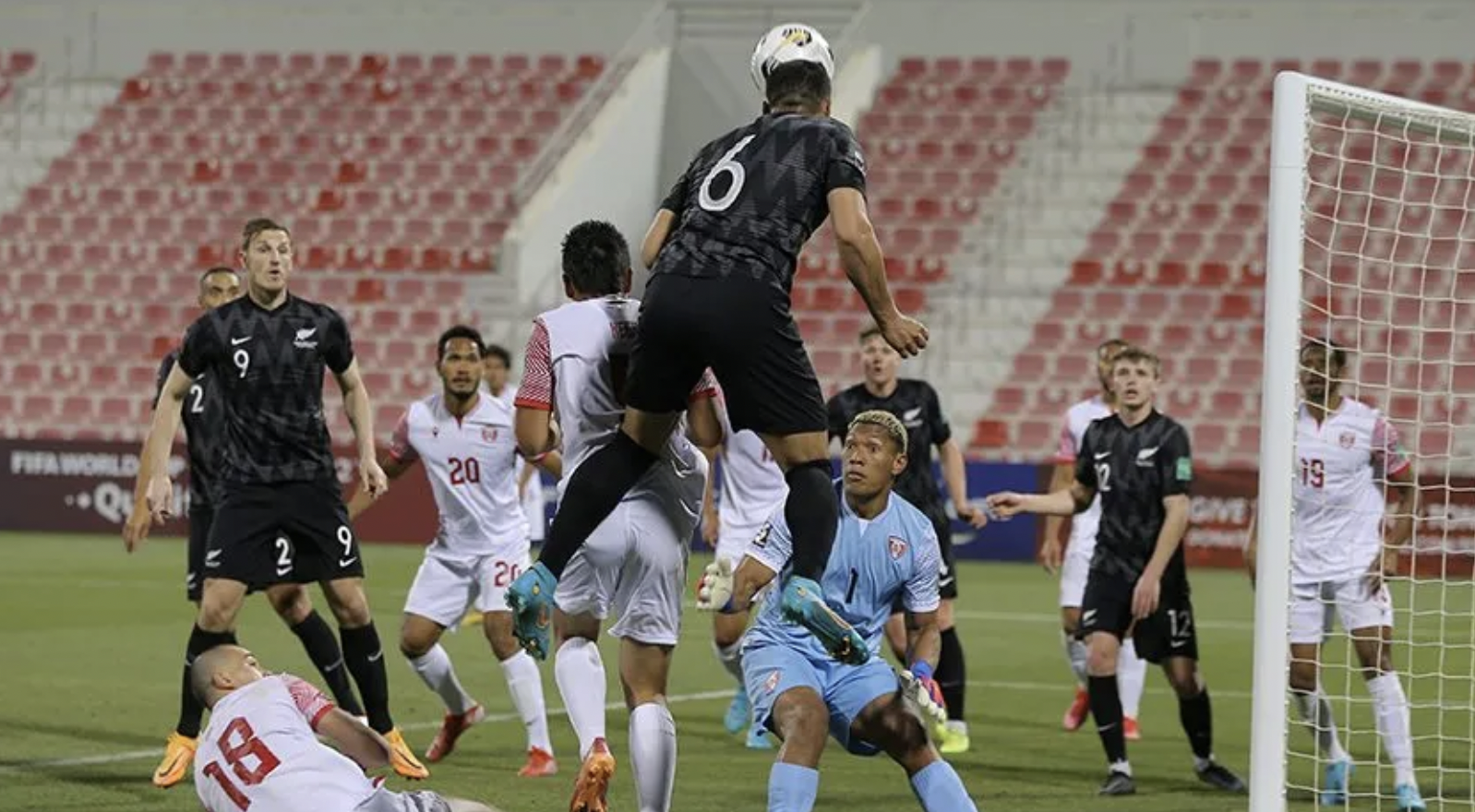 March 28 – New Zealand edged towards a ticket for the international World Cup playoff following a laboured 1-0 victory against Tahiti to set up the OFC qualification final against Solomon Islands.

In the 70th minute, Liberato Cacace broke Tahitian hearts, with a goal from close range.

Ranked almost fifty places lower in the world, Tahiti more than resisted Oceania’s superpower in a feisty first half, restricting the All Whites to the lion’s share of possession but just a single clear-cut opportunity that Torino youngster Matt Garbett headed over from close range.

Samuel Garcia’s Tahitians clattered both Niko Kirwan and then Joe Bell early on to suggest they were not going to be pushovers.

Tahiti, who qualified for the semi-finals without a win after both Vanuatu and the Cook Islands withdrew from the competition after coronavirus cases decimated their squads, in the end could not hold out.

Despite an impressive second half with disciplined organisation and tremendous effort, they ultimately conceded against New Zealand, a team that is in transition but not yet accustomed to going up against massed defenses. New Zealand’s overall game suffered from a lack of creativity and tactical flexibility throughout the 90 minutes.

“We are a young team, that is the reality, we didn’t panic,” said New Zealand coach Hanny Hay. “You can’t take anything away from Tahiti.”

In the day’s other semi-final, a brace from Alvin Hou helped the Solomon Islands to a 3-2 win in a thriller against Papua New Guinea. The winner of Wednesday’s final will play the fourth-ranked team from Concacaf for a ticket to the World Cup – most likely to be Costa Rica.