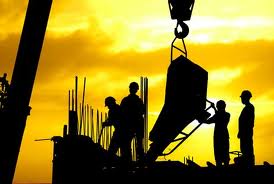 March 30 – The world players union FIFPRO and the Building and Woodworkers’ International (BWI) have penned a joint open letter cautioning that human rights issues surrounding the World Cup in Qatar are far from resolved but acknowledging that considerable progress has been made by the authorities.

Written by Jonas Baer-Hoffmann and Ambet Yuson, the two union’s respective general secretaries, the letter says migrant workers in the country “continue to be subjected to abusive practices” while “unscrupulous employers oppose the reforms and are not being held to account.”

Last year the two bodies signed a cooperation agreement that will give professional footballers concerned about human rights a platform to support the rights of vulnerable workers before, during and after the World Cup.

Through the agreement, the representatives of professional footballers and construction workers came together to push for better employment rights.

The open letter concedes that in the last decade,  “conditions have become safer” for migrants working on World Cup infrastructure “and their accommodation has improved.”

However, calling for a Migrant Workers Centre to be set up where expatriates can go for help, it adds: “Workers in the most vulnerable positions from countries such as India, Bangladesh, Nepal, the Philippines, Pakistan and some African countries still fear retaliation if they denounce exploitation unpaid wages and long working hours.”

“In football terms, it is not even half time. Among migrants in Qatar there is widespread fear that when the spotlight on Qatar dims after the World Cup the improvements achieved will peter out.”