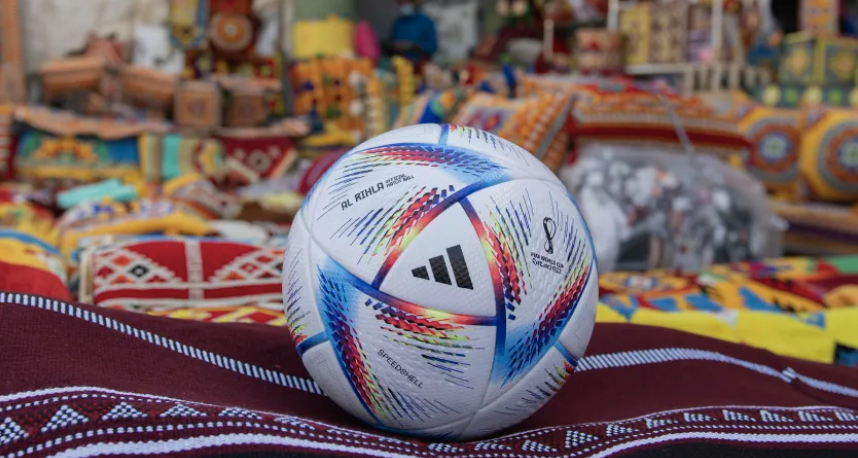 March 31 – You know the tournament is getting closer when it is time to launch the official ball. FIFA sponsor Adidas has unveiled the new ball for Qatar 2022, named Al Rihla.

It is the 14th World Cup ball released by Adidas who say that the latest ball travels faster in flight than any ball in the tournament’s history.

Al Rihla means ‘the journey’ in Arabic and FIFA said it is inspired by the culture, architecture, iconic boats and flag of Qatar.

“The game is getting faster and, as it speeds up, accuracy and flight stability become critically important,” said Franziska Löffelmann, the Design Director – Football Graphics & Hardwear at adidas.

“The new design allows the ball to maintain a significantly higher speed as it journeys through the air. For the biggest global stage in all of sport, we set out to make the impossible possible with radical innovation by creating the fastest and most accurate FIFA World Cup ball to date.”

With environmental sustainability a priority in the design and manufacturing process, the Al Rihla is the first World Cup ball to be made exclusively with water-based inks and glues.

Adidas is debuting the ball in ten cities across the globe – including Dubai, Tokyo, Mexico City and New York – where it is rolling out a series of initiatives aimed at improving access to and equity in sport amongst local communities.