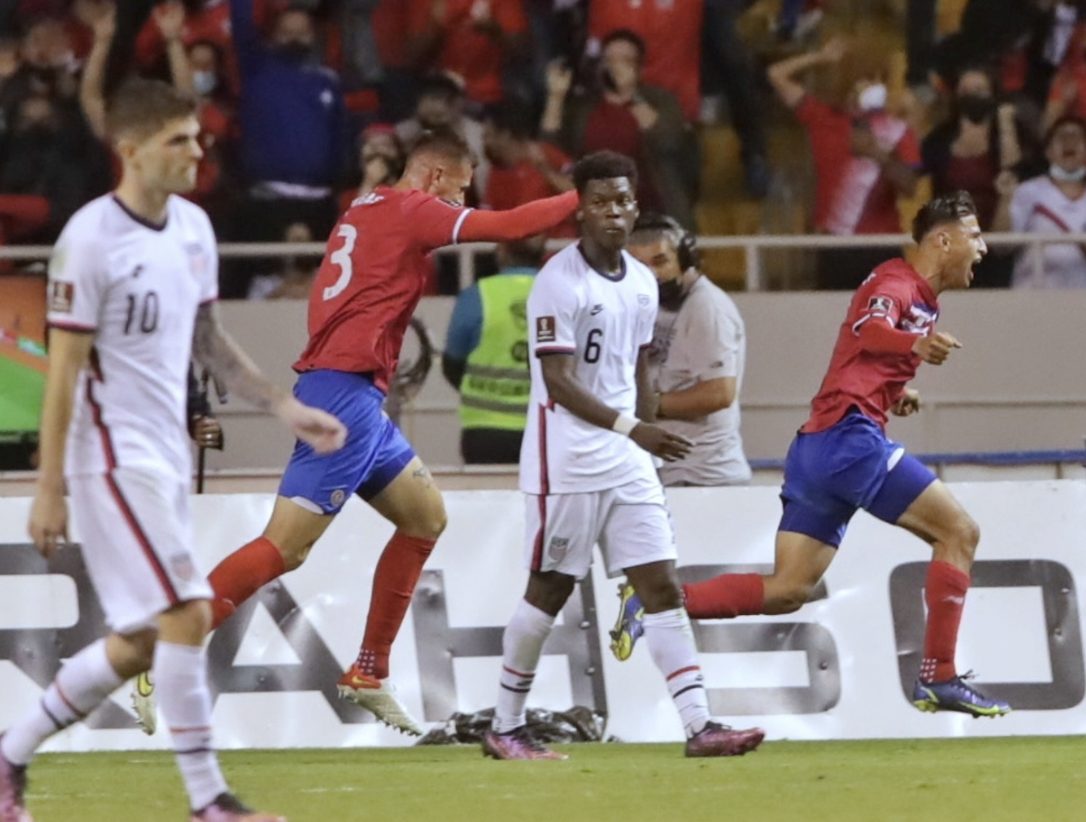 March 31 – Lightening almost struck twice. The US were knocked out of World Cup qualifying for Russia 2018 after losing to a better organised and prepared Trinidad and Tobago. Last night they hung on to their automatic 2022 qualification place on goal difference.

A resurgent Costa Rica who have won six and drawn one of their last seven qualifying matches – including beating group winners Canada and drawing with second-placed Mexico – delivered a masterclass in how to win with a 2-0 victory in front of their home crowd.

The US started the qualifying campaign chastened by the experience of missing out on 2018 choked again at the final hurdle, but it wasn’t enough to kill them off.

Costa Rica will now bid to become the fourth team from Concacaf to qualify for Qatar 2022 when they face New Zealand in the Intercontinental Play-Off on either June 13 or June 14 in Doha, Qatar.

In November 2013 Mexico defeated New Zealand 9-3 on aggregate to secure a fourth Concacaf berth at Brazil 2014.  Costa Rica have only played New Zealand once, beating them 4-0 in a friendly in 2007.

Canada, already qualified for Qatar 2022, lost their final game of qualifying to Panama 1-0, but still topped the Concacaf qualifying group.

Mexico secured their automatic qualification with a 2-0 win over El Salvador.