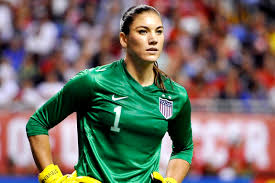 April 4 – Former US international goalkeeper Hope Solo has been arrested on suspicion of driving while intoxicated.

Her two-year-old twins were in the car when she was found passed out behind the wheel with the engine running last Thursday, police said.

She was charged with impaired driving, resisting arrest, and misdemeanour child abuse, before being released. She is reportedly due back in court at the end of June.

The controversial and outspoken Solo, who represented her country for 16 years and won the 2015 women’s World Cup, recently slammed the landmark equal pay settlement between the national women’s team and the US Soccer Federation as “heartbreaking and infuriating”.

The $24 million deal brought to an end a protracted legal dispute between the two parties but Solo insists it was not the huge win for the women that was being trumpeted.

Solo is still pursuing her own lawsuit citing gender discrimination. She says the promise of equal pay and “backpay for a select group of players” was insufficient.

Following her arrest, Solo’s lawyer released a statement on her behalf, saying there is more to the story.

“’On the advice of counsel, Hope can’t speak about this situation, but she wants everyone to know that her kids are her life, that she was released immediately and is now at home with her family, that the story is more sympathetic than the initial charges suggest, and that she looks forward to her opportunity to defend these charges,” he said.

Solo herself then finally broke her silence on Saturday, claiming she would “share the facts” of her arrest “in due time”.