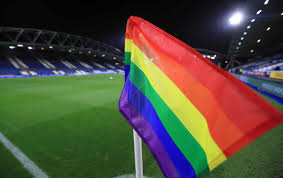 April 4 – Fans at the World Cup in Qatar may have rainbow flags confiscated by security in order to “protect” them against perceptions they are “insulting” local society, a senior official has claimed.

FIFA President Gianni Infantino said last week that “everyone will see that everyone is welcome here in Qatar.”

But Major General Abdulaziz Abdullah Al Ansari, who overseas security for the tournament and the chairman of the National Counterterrorism Committee of Qatar, told The Associated Press that fans could have any rainbow flags promoting LGBT issues removed – for their own safety.

“If he (a fan) raised the rainbow flag and I took it from him, it’s not because I really want to, really, take it, to really insult him, but to protect him,” Al Ansari said.

“Because if it’s not me, somebody else around him might attack (him) … I cannot guarantee the behaviour of the whole people. And I will tell him: ‘Please, no need to really raise that flag at this point.’”

“You want to demonstrate your view about the (LGBTQ) situation, demonstrate it in a society where it will be accepted. We realise that this man got the ticket, comes here to watch the game, not to demonstrate, a political (act) or something which is in his mind.

“Watch the game. That’s good. But don’t really come in and insult the whole society because of this.”