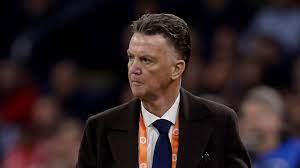 April 4 – Netherlands boss Louis van Gaal has revealed he is suffering from prostate cancer – but still plans to lead the side at the World Cup.

The 70-year-old made the admission on a TV show in the Netherlands called Humberto on Sunday while promoting a new documentary about his life.

Van Gaal said he had not told his players about his illness.

“They see me blush on my cheeks and think, ‘what a healthy person that is’. That is of course not the case. I didn’t want to tell it to my players because it could have influenced their performances. You don’t die from prostate cancer, at least not in 90% of the cases.”

“It is usually other underlying diseases that kill you. But I had a pretty aggressive form. In each period during my time as manager of the national team I had to leave in the night to go to the hospital without the players finding it out until now.”

“I’ve been through a lot with illnesses, including with my own wife. So that’s just part of life. (I) as a human being have probably become richer because of all those experiences.”

In August 2021, van Gaal took charge of the Netherlands for the third time, having previously led them to a third-place finish at the 2014 World Cup.

Before returning to international management, van Gaal was in charge at Manchester United between 2014 and 2016. He had previously won league titles with Ajax, who he also guided to Champions League glory in 1995, Barcelona, AZ Alkmaar and Bayern Munich.