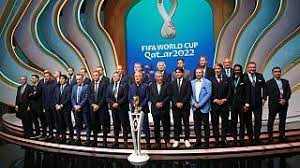 April 3 – World Cup hosts Qatar were handed a tough draw in Group A alongside the Netherlands, Ecuador and Senegal. Group B will be home to geo-political intrigue, with all of England, Iran and the United States paired and former champions Spain and Germany will meet in Group E in a draw that proved to be balanced but without a group of death.

The great and the good of world football had gathered at the Doha Exhibition and Convention Center, but had to sit out a 46-minute show before any balls were drawn and the delegations from the 29 participating countries – with three finalists still to be decided via playoffs – found out their World Cup fate.

The hosts were not spared, raising the spectre that Qatar might become the second host nation ever to not progress from the group phase after South Africa failed to get out of their group in 2010.

Qatar won the 2019 Asian Cup, but their recent form has not matched that high p;oint.  “You have to see the FIFA ranking or the history of each of the teams that are here,” said Qatar’s coach Feliz Sanchez. “We are proud to be here today in the draw ceremony. We now know our opponents, so now we’re going to start preparing for these three games in our best way and try to be as competitive as we can.” 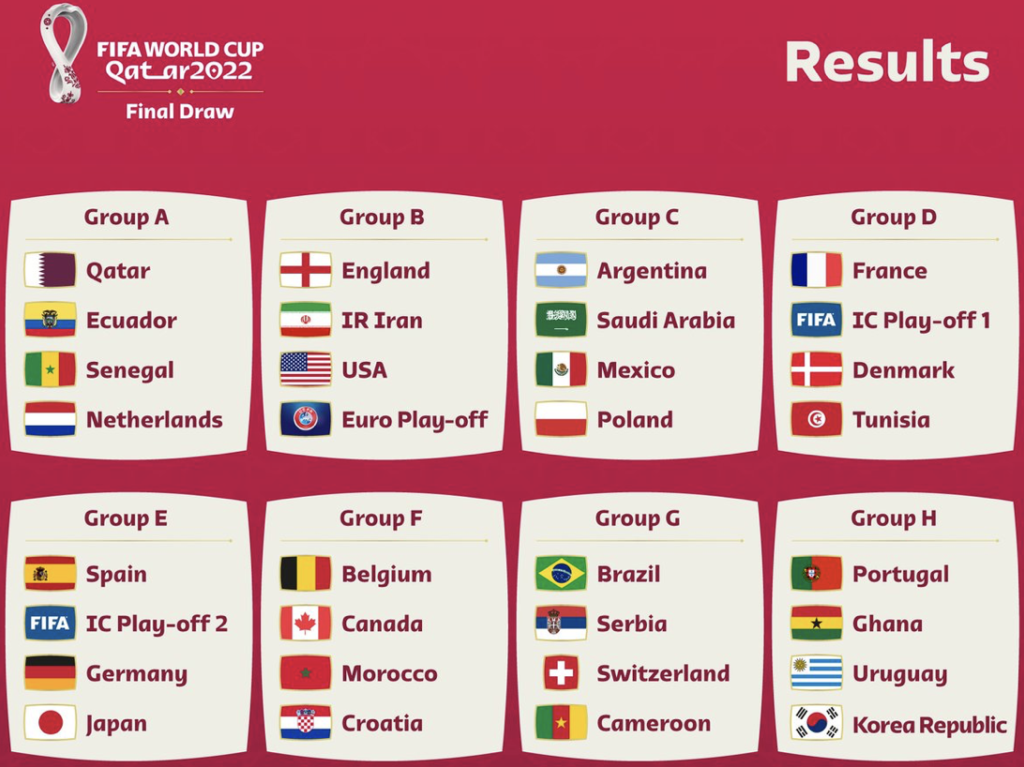 The Qataris will play their first game against Ecuador. As such, Senegal and the Netherlands will open the World Cup on 21 November.  A few hours later, Euro 2022 finalists and 2018 World Cup semi-finalists England will be in action against Iran. That won’t even be the most politically volatile match with Iran and the USA facing each other in Group B, which will be completed by the winner of the last playoff between Scotland/Ukraine and Wales.

In 1998, the Iranians defeated USA 2-1 in the World Cup. An American squad member in France, USA coach Greg Berhalter said: “We’ve both grown so much since then. What I think is, 24 years later, the world looks different and we are no longer rivals with Iran. I think we are more friends. There is a ton of mutual respect. Football, fortunately, transcends a lot of the political stuff.”

In the pick of the other groups,  Argentina meet Mexico again in Group C with Saudi Arabia and Poland completing the quartet. Spain and Germany renew their rivalry in Group E with Japan and the winner of an intercontinental playoff waiting in the other matches.

Brazil coach Tite had a deja vu when he drew Serbia and Switzerland again, teams the South Americans encountered in the first round in Russia as well, but at least Cameroon, the only African team to ever beat Brazil at the senior level – in the 2003 Confederations Cup – will present a different challenge and a different school of football in Group G. 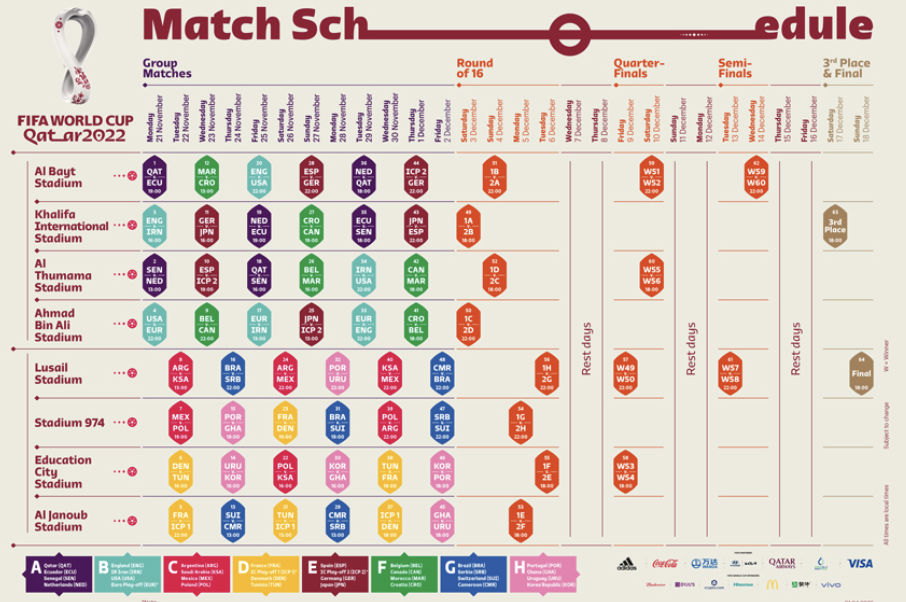 “It is neither [the group] of death nor of life,” said Tite. “Everything is the same [as Brazil’s group at Russia 2018] – all that was missing was Costa Rica. We’re talking about Switzerland and Serbia, the teams who stopped Italy and Portugal, and also a Cameroon team that is very strong in Africa. We will have to raise our own game.”

In the round of sixteen, the Brazilians could meet their old rivals Portugal, who feature in arguably the draw’s most fascinating group.  They face Uruguay, Ghana and South Korea in Group H.

The draw will bring back feelings of revenge for Ghana who could have become Africa’s first World Cup semi-finalists in 2010 – had it not been for Luiz Suarez’s hand on the goal line. 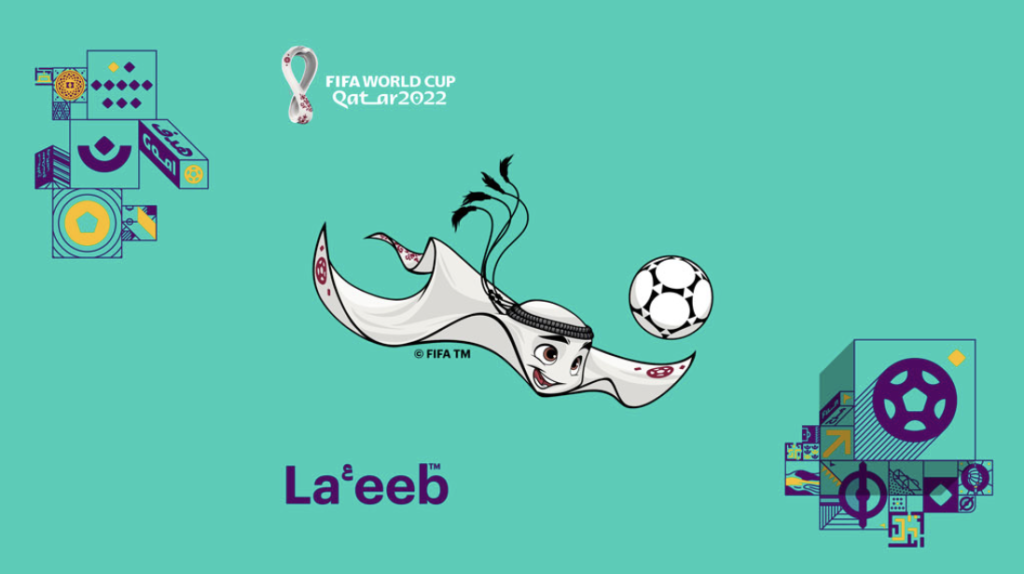 FIFA president Gianni Infantino could not resist another opportunity to take centre stage. He said that “now, it is getting serious” before playing peacemaker.

It was only the Emir of Qatar, Sheikh Tamim bin Hamad Al Thani, who seemed to understand that no one had any patience for all of this. He admitted that nobody wanted to listen to him.