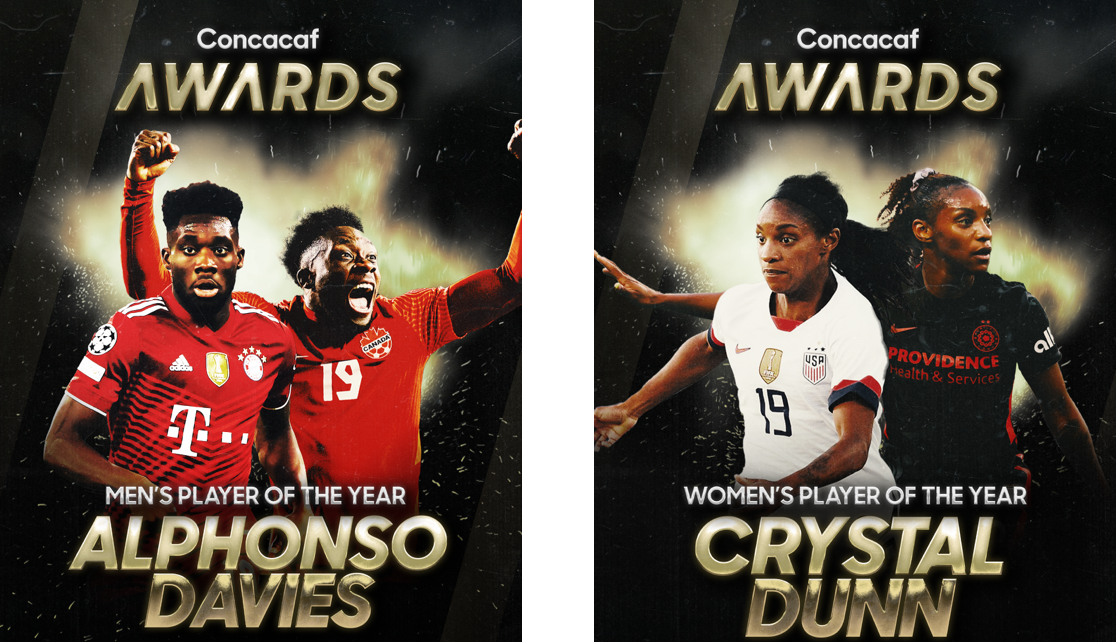 April 5 – US national team and Portland Thorns star Crystal Dunn has been named 2021 Concacaf Women’s player of the year, while Canada and Bayern Munich standout Alphonso Davies has taken the men’s award.

The two players polled top in a voting system which included the participation of coaches and players from Concacaf ‘s 41 Member Associations, as well as media  and fan voting.

Crystal Dunn was a key member of the USA Women’s National Team that won the Bronze Medal at the 2020 Olympics (played in 2021) in Tokyo, starting all six matches and earning a place in the tournament’s Best XI. The 29-year-old midfielder started two games for the US at the 2021 SheBelieves Cup, including the 1-0 win over Olympic Champions Canada and the 2-0 victory over Brazil, helping the U.S. to their fourth SheBelieves title.

At Portland Thorns, Dunn helped her side win the 2021 NWSL Challenge Cup, featuring in 15 NWSL matches in 2021.

Alphonso Davies played a key role over the course of the 2020-21 season as Bayern won their ninth consecutive Bundesliga title, Davies’ third with the club. With the Canada Men’s National Team, no player played more matches in the 2021 rounds of the Concacaf Qualifiers for the FIFA World Cup (WCQ) than Davies. The former Vancouver Whitecap scored five goals and recorded eight assists in 13 matches as Canada recorded a 9W-4D-0L record in matches in which Davies appeared.