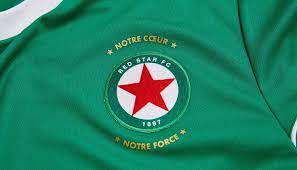 Patrice Haddad, president of the French third division club, says he is open to selling all the shares to the US fund, but he wants to keep serving as the chairman in the future. 777 Partners would reportedly invest more than €10 million in the club. Plans for the renovation of the Stade Bauer and the training ground would go ahead.

“It was finally with 777 Partners that I decided to deepen the discussions,” said Haddad in a statement. “Their determination, their understanding of the uniqueness of the club and the guarantee of the provision of substantial resources made the difference.”

“It’s also a story of people and encounters, and I’m convinced that Josh Wander and his team will be able to uphold the club’s values with sincerity.”

With the potential acquisition, Paris’ top three clubs would all have foreign stakeholders. In 2011, Qatar Sports Investment (QSI) took over Paris Saint-Germain. Two years ago, Bahrain invested in the second-tier club Paris FC.

777 Partners have been on a relentless investment spree, having recently added Belgium’s Standard Liege to their stable of clubs. They saw off JKC Capital, a venture capitalist that had also been a frontrunner to take over Standard, a club plagued by eternal infighting and mismanagement. In the 2020-21 season, accounts revealed, Standard registered a loss of €19.7 million.

That acquisition followed the announcement of a takeover of storied Brazilian club Vasco da Gama. The club from Rio de Janeiro said that the two parties have signed a memorandum of understanding that values Vasco at 1.7 billion reais ($333.1 million). 777 Partners have vowed to assume 700 million reais ($137.16 million) in debt.  The US investment firm will obtain a 70% stake in Vasco Da Gama.

The American investment fund also owns Genoa as well as holding a substantial stake in Sevilla in Spain’s LaLiga.