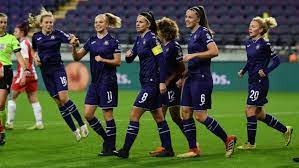 April 12 – Belgian club Anderlecht have vowed to preserve the budget for their title winning women’s team despite cuts across the board.

“Our policy plan means that we have to save up everywhere,” said Anderlecht CEO Peter Verbeke in an interview with Flemish broadcaster Sporza. “Certainly in Covid times, that is the logic at many clubs.”

“But we have now made the exception that the budget for the women’s team should not be reduced. There should be no savings.”

In the last few years, Anderlecht’s combined losses exceeded €100 million. They reported a loss of €29 million for the 2020-2021 season, but a capital raise of €42 million and debt restructuring prevented the club from going bankrupt.

“I don’t think we should be praised for that,” said Verbeke.  “The budgets for women’s football should actually go up. We have decided not to make any cuts.”

Verbeke wants to implement a five-year plan to steer the Brussels-based club back to a more healthy financial position. The club has almost become too big to fail in Belgian football, but the financial burdens have also weighed down sporting results in recent seasons.

Last weekend, Anderlecht, who are Belgium’s record championship winners, secured a ticket for playoff I, the pathway to European football, with a 3-2 away to Kortrijk.

On the women’s side, the club has been dominant, winning four consecutive league crowns. They are on their way to a fifth, leading the playoff I table, five points clear of nearest rival OH Leuven.