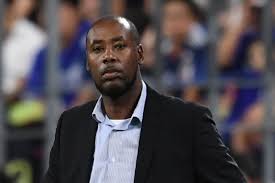 April 12 – Another hard-to-celebrate milestone for the beleaguered Trinidad and Tobago FA is expected in the next 10 days with the Trustee of the TTFA, charged with resolving the TTFA’s debt problems, expected to make a formal offer to the association’s long suffering creditors.

In November 2021 the TTFA turned to the country’s bankruptcy and insolvency laws in a bid to avoid being wound up.

The TTFA in a statement that it had “notified the Supervisor of Insolvency of its intent to make a Proposal under the Bankruptcy and Insolvency Act of Trinidad and Tobago which will enable a structured approach to the restructuring of the TTFA and the preparation of a fair, transparent and acceptable payment proposal to address the TTFA’s debt.”

Maria Daniel was appointed as a trustee to negotiate a debt repayment proposal and was given six months to do so. Those six months end at the beginning of May.

In the meantime TTFA’s creditors, most of them legitimate (others probably not so), have had to wait painfully for news. A number have reverted to the court system to guarantee their claim.

The latest to win a High Court judgement against the TTFA for unpaid wages and bonuses is former national senior men’s head coach, Dennis Lawrence (pictured).

Lawrence was in charge from 2017 to 2019 before he was fired by the incoming ‘United TTFA’ cabal that took control of the federation. Lawrence was owed five months of salary arrears at the time, and then the balance of his contract which had a year to run.

He was also owed a $5,000 bonus for the World Cup Qualifying victory over the USA in October 2017 that kept them out of the 2018 World Cup. Almost exactly four years later the US sealed qualification for 2022 in a final qualifying tournament the TTFA hadn’t come close to qualifying for. Indeed, the TTFA still hadn’t paid the bonus owed to Lawrence from 2017.

Lawrence, now coaching at Premier League promotion challengers Coventry, can consider himself one of the unluckiest of the creditors. A British citizen of more than 20 years, and resident in the UK all that time (until he took the TTFA contract), he should have been eligible for a settlement via FIFA’s scheme that guarantees payment of overseas players and coaches – indeed he was advised he was by FIFA.

That all changed when FIFA’s legal adjudicator, a South African, ruled that Lawrence was in fact a Trinidadian because he was born there and still held a passport. In his summing up he even bizarrely said that Lawrence “had failed to submit any evidence contrary to the fact that he was brought up and lived in Trinidad & Tobago all of his life>”

It was a ruling made on a technicality that could be argued either way. But in terms of basic morality, the hard facts of the case, and commonsense justice, FIFA did not have a leg to stand on. It was a ruling typical of the current FIFA administration that had weaponised its legal and judicial bodies for its own good rather than a common good.

Lawrence and the other TTFA creditors will be hoping that Daniels will be able to make them a sensible offer – and having waited for years they are unlikely to be in the mood for cut-price dealmaking.

For two years the TTFA has been under the management of a Normalisation Committee led by Robert Hadad, whose family business is ice-cream sales. Hadad and his team have been paid $18,000 per month to run the TTFA, bring it into compliance with the rest of world football and the FIFA statutes, and prepare it for a handback to an elected leadership.

With the TTFA’s accounts garnished by the creditors, FIFA has still found a way of paying Hadad and been prepared to keep paying him despite the lack of discernible progress in returning the TTFA to Caribbean leadership both on and off the field.

For that to happen the TTFA’s creditors have to be deal with. Then the federation can get on with the business of football and ice-cream salesman Hadad can get into his van and melt into history.