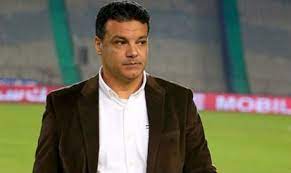 Galal (pictured) had been coaching Pyramids since September and he guided the big-spending Egyptian club to the last eight of the CAF Confederation Cup. He has previously coached Zamalek Ismaily and Al Ahly Tripoli as well.

Galal was however not the first choice for the role, but he is seen as a coach who will be not be confrontational with the EFA hierarchy. Mohamed Shawky and Essam El Hadary will be Galal’s assistants.

The EFA parted ways with Queiroz after the Portuguese failed to qualify Egypt for the 2022 World Cup in Qatar. In a two-legged playoff in March, the Egyptians were eliminated by African champions Senegal from the penalty spot. The Senegalese had also been too strong for the Pharaohs in the final of the African Cup of Nations earlier this year.

Elsewhere, the Ivory Coast have not renewed the contract of coach Patrice Beaumelle. His original deal ended last week. The Frenchman’s reign has been a disappointing one. He failed to lead the Elephants to the World Cup playoffs and at the Africa Cup of Nations Ivory Coast fell in the round of 16 after they were defeated by eventual finalists Egypt.

Ivory Coast will be the next host of Africa’s continental finals in 2023. The draw for the group stage of qualifying will take place on April 19.