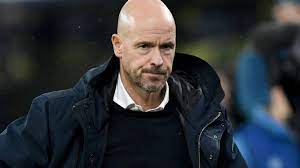 April 13 – Manchester United are reported to be on the verge appointing Ajax boss Erik ten Hag on a three-year contract  in what will be perceived by many as a snub to Paris St German coach Mauricio Pochettino who at one stage was believed to be the leading candidate.

The Dutchman is set to replace Ralf Rangnick, who was appointed interim manager in November following Ole Gunnar Solskjaer’s dismissal.

Official confirmation of Ten Hag’s appointment is not expected before Ajax’s Dutch Cup final against PSV Eindhoven on Sunday.

Ajax lead the Dutch league by four points from PSV as they aim to win their third league title under Ten Hag, one of the most progressive coaches in Europe who will become the fifth permanent manager at Old Trafford since Sir Alex Ferguson’s retirement in 2013.

Pochettino, the former Tottenham boss, had been widely rumoured to be in line for a return to the Premier League until his star dimmed when star-studded PSG once again failed to land the Champions League having been knocked out by Real Madrid in the last 16.