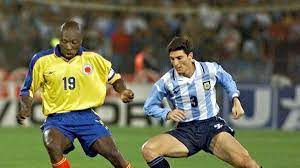 April 14 – Aged 55, Colombia great Freddy Rincón has died after sustaining severe head injuries in a car crash. Rincón had been driving a car that collided with a bus in Cali.

“Despite all the efforts of our teams, Freddy Eusebio Rincón Valencia has passed away,” said the medical director of the Imbanaco Clinic Laureano Quintero in Cali where Rincón was being treated. Rincon had also been involved in a serious car accident in 2013 when he required surgery for multiple fractures.

“The Colombian Football Federation deeply regrets the death of Freddy Eusebio Rincón Valencia, and sends a message of support and encouragement to his family, friends and relatives at this difficult time,” read a statement from Colombia’s football association.

Rincon was an astute midfielder, who became a Colombia legend, winning 84 caps for his country and scoring 17 goals during his international career. He was a part of the country’s golden generation, playing in three consecutive World Cups in 1990, 1994 and1998. He famously scored a last-minute equaliser against West Germany in the Italy World Cup.

Rincon played for Santa Fe and América in Colombia, before moving to Palmeiras in Brazil. He also had a two-season spell at Real Madrid before captaining Corinthians to the Club World Cup crown in 2000.