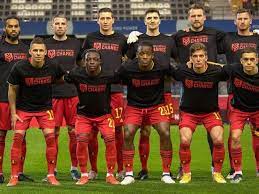 April 18 – A number of Belgian national team sponsors have followed in the footsteps of their Dutch counterparts and said they will stay away from the World Cup in Qatar over human rights concerns.

“More can be done” to promote human rights in Qatar, said Jupiler in a statement.

“We sponsor the Red Devils and believe in the power of sport and the opportunity it offers to create respect and inclusion for everyone. We recognise our responsibility to respect human rights, and we believe that the world is a better place when human rights are respected.”

“We believe that this World Cup should not be used for commercial purposes,” said GLS in a statement.

ING Belgium said it was taking its position because of the human rights situation and will not launch any content campaigns referring to Qatar. However, the insurer will keep its logo on the team’s training shirts, on the boarding and in the background during press conferences.

The statements of both Jupiler and Carrefour are significant. The world’s largest brewer, AB InBev, produces Jupiler and is also a sponsor of the World Cup in Qatar through Budweiser. The American beer brand has not protested the human rights situation in Qatar, but in the past has called on FIFA to tackle corruption allegations swirling around the controversial 2022 Qatar World Cup bid.

Carrefour, meanwhile, has been in Qatar for over two decades and employs almost 2,000 people in the country.

In the Netherlands, ING, the main sponsor of the Dutch team, KPN, Albert Heijn, Bitvavo and the Nederlandse Loterij have also said they will not be taking clients to the World Cup por offering their ticket allocation for promotion. ING said it will also refrain from using World Cup imagery in commercials.