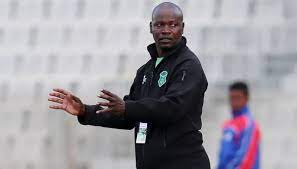 April 18 – Meck Mwase is to remain a part of the Malawi national team structure despite having been dismissed as head coach of the senior men’s team by the Football Association of Malawi (FAM). He has now been appointed to the role of U23 national team coach.

It took FAM three days to make a dramatic U-turn. Following an executive committee meeting, the national association let Mwase go and replaced him with former technical director Mario Marinica in a move that mirrored the re-organisation FAM undertook ahead of the last Africa Cup of Nations. Mwase had led Malawi through the qualifiers, but the Romanian replaced him as head coach for the main tournament.

In a statement, FAM said: “Flames Coach Meck Mwase has been relieved of his duties and FAM will engage the Malawi Government on redeploying the former Flames Captain for the rest of his contract which expires in April next year.”

“The Committee resolved to appoint Technical Director Mario Marinica as the Head Coach of the Malawi Men’s National Football.”

Media reports claimed that FAM spent MK17 million (€19,320) on Marinica’s hotel accommodation in the country, leading the association to counter that it had only spent MK 7.5 million (€8,523).

With confusion and controversy around the appointment of Marinica in a tumultuous week leading up to Easter, FAM then reportedly reinstated Mwase as the U-23 coach without specifying the reason for the U-turn on his employment within FAM.

Through his lawyers, Mwase had threatened to take FAM to court. Mwase refused to provide a comment when asked by Insideworldfootball. “The problems are now with the lawyers,” he said.

Walter Nyamilandu has led FAM since 2003. In 2018, he became a FIFA Council member defeating South Africa’s Danny Jordaan, before he lost his seat to Nigeria’s Amaju Pinnick at the CAF congress last year.