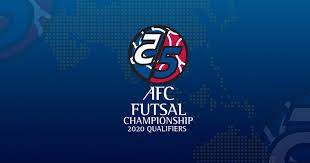 April 20 – The Chinese FA has pulled its national futsal team from the AFC Futsal Asian Cup Kuwait 2022 Qualifiers (East Zone) following the surge in covid infections in the country.

It is the second time China has to pull teams out of Asian competition. Earlier this month the new covid surge forced the withdrawal of China’s Shanghai Port FC from the Champions League group stages that start end of April.

The Chinese Football Association (CFA) said the club’s withdrawal was a result of lockdown measures in Shanghai as the Omicron BA.2 variant spread to levels never seen before in China. Further lockdown measures have now been introduced across China due to the highly transmittable nature of the virus and the Chinese government’s ‘zero tolerance’ approach to controlling it.

The withdrawal of the Chinese Futsal team has forced the AFC to reorganise the remaining five teams in the East Zone qualifier – Japan, Chinese Taipei, Korea Republic, Hong Kong and Mongolia – into one group in a single round league format, instead of the two groups originally planned.

The AFC’s East Zone qualifier will be played in Malaysia from May 17 to 21 with the top three teams qualifying for the AFC Futsal Asian Cup Kuwait 2022.

The finals in Kuwait will be played September 25 to October 20.