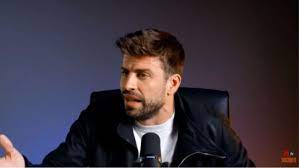 April 21 – Barcelona lynchpin and former Spanish international defender Gerard Piqué asked for help from the president of the Spanish FA to play at the Tokyo Olympics despite retiring from international football, leaked audio recordings allege.

Twenty-four hours after El Confidencial reported that Pique was paid a €24 million commission to take the  Spanish Super Cup to Saudi Arabia, the publication came out with more allegations – this time that he privately approached Luis Rubiales to talk to the country’s Olympic team coach on his behalf.

“You have to do this for me, Rubi, you have to make it happen,” Piqué is quoted as saying in the leaked recordings.

“We have to keep it a secret and talk to the coach … I’ll go to Madrid and we sit with him. We have to do it in a way that it’s not out anywhere. The three of us have to keep this very secret until the end, don’t you think?”

Rubiales apparently agreed to hush up the matter and put Pique in contact with Luis de la Fuente, the current Spain U21 boss and the coach of their Olympics side.

“Yes, we have to keep it a secret, and if the coach wants to do it, let’s go ahead with it, I’d be thrilled,” Rubiales is quoted as saying.

At a news conference on Wednesday Rubiales denied there was any wrongdoing and said it was ‘normal’ for players to make similar requests.

“I talked to De la Fuente about him and about other players as well,” Rubiales told reporters. “I told him that some called and that he had to make his own decision. Piqué wasn’t the only player who called.”

In the end Pique didn’t make it to Spain’s Olympic squad, which picked up the silver medal after losing to Brazil in the final.