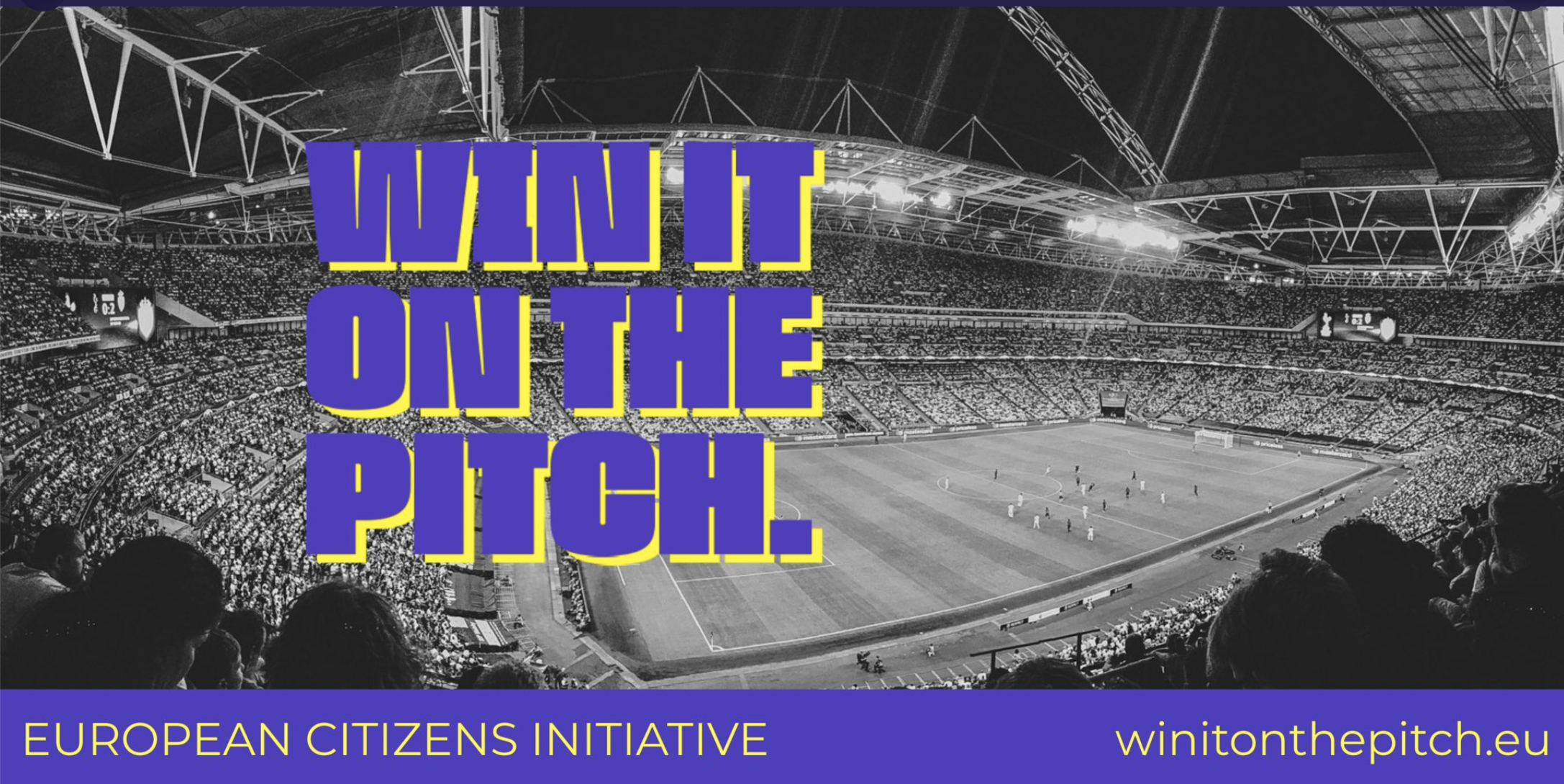 April 21 – UEFA has given its support to the Football Supporters Europe (FSE) ‘Win It On The Pitch’ campaign that is seeking a million signatures to trigger the EU to consider plans for a law against so-called super leagues.

A year after the failed Super League breakaway, UEFA met with the FSE, the umbrella organisation for fan groups, in what the European governing body said were “productive talks”.

“The super league fiasco proved that European sport is on the brink of catastrophe,” says the petition website. “Decades of mismanagement has left countless clubs, communities, and competitions vulnerable to hostile takeovers by predatory investors whose only aim is to make money.”

Registered at the European Commission as a European Citizens’ Initiative, by collecting a million signatures by March 2023. the EU under its own articles must consider taking action on the proposals in the petition.

“Football belongs to its fans and they played a critical role in stopping last year’s shameless attempt by a few wealthy clubs to take it away. We applaud FSE for this European Citizens’ Initiative, which we fully encourage and support,” said UEFA General Secretary Theodore Theodoridis.

“The European sport model is based on popular principles such as sporting merit, promotion and relegation, and financial solidarity,” continued Theodoridis. “Its principles must be protected at EU-level to ensure the sustainability of clubs, leagues, competitions, and communities.”

UEFA said that other subjects discussed at the meeting included research into safe standing for fans in stadia, away fans hosting conditions and UEFA’s club competition reform proposals post-2024.