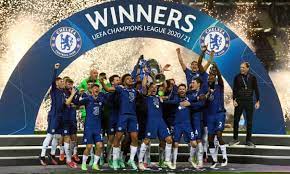 Williams and Hamilton have reportedly pledged an estimated £10 million each to the bid being fronted by former Liverpool and British Airways chairman Martin Broughton and World Athletics president Sebastian Coe.

The Broughton consortium is one of three groups in the running to purchase the club for £2.5 billion after it was put up for sale by its Russian oligarch owner Roman Abramovich.

Hamilton’s representatives have confirmed that the FI superstar has joined Broughton’s bid, but said the financial figures quoted were not accurate. Williams is already an investor in Los Angeles’ Angel City FC, which plays in the National Women’s Soccer League.

American investment firm Raine Group has been tasked with selling Chelsea and the government is expected to issue a new licence, allowing the club to be sold once a preferred buyer has been identified.