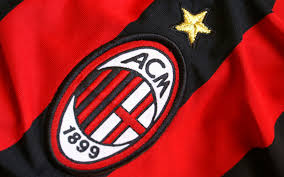 April 22 – The head of Asian football has denied reports in Italy that he is involved in talks to buy AC Milan.

Investcorp currently have offices in the United States, United Kingdom, Saudi Arabia, Qatar, UAE, India, China and Singapore and has more than $37 billion of funds under management. Media entrepreneur and former Italian prime minister Berlusconi sold the club to Chinese investor Li Yonghong in 2017 for €740 million, including debts, before US-backed venture capitalists Elliott Management later took control. The club is priced at about €1 billion.

In a statement, the AFC said Sheikh Salman had no involvement whatsoever in any takeover of any club.

“Following some unverified reports and online rumours spread recently, the AFC President Shaikh Salman bin Ebrahim Al Khalifa firmly denies that he is in any manner linked to an investment fund or the acquisition of any football club in any capacity anywhere in the world,” the statement said.

“The AFC President remains singularly focused on his responsibilities to the Confederation and in developing Asian football.”