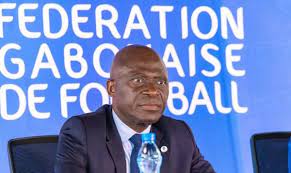 April 25 – The president of the Gabonese Football Federation, Pierre Alain Mounguengui, re-elected for a third four-year term less than a week ago, is reported to be in police custody accused of covering up a long-time paedophilia scandal.

Mounguengui was summoned to the premises of the General Directorate of Counter-Interference and Military Security (DGCISM) following revelations, highlighted in the The Guardian newspaper, about sexual abuse committed against young Gabonese footballers.

The summons followed allegations given to investigators by the former Gabonese international Parfait Ndong who withdrew from the race for the presidency.

The alleged main perpetrator is reported to Patrick Assoumou Eyi who was coach of the national under-17 team until 2017 and has since been technical director of the Gabonese football league.

It is claimed he abused “hundreds of young boys in the course of his duties”.