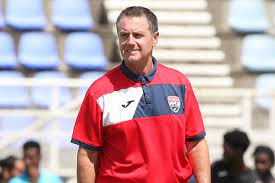 April 26 – While Jack Warner tops the list of Trinidad and Tobago FA’s list of creditors filed at a local court as part of the TTFA’s insolvency proceedings – he is claiming $3 million – two other English names high up the list will raise eyebrows and interest in Europe.

Former national team manager Terry Fenwick, who played for England before pursuing a career in management, is the sixth highest claimant by value on the creditors list at TT$4.46 million ($665,000). Listed seventh is much travelled and much chased sports marketer Peter Miller with a debt owed to him of TT$3.9 million ($582,000).

Both have become infamous for their dealings on the Caribbean island and are linked to each other not only by their Caribbean connection but by former relationships in the UK. Their claims, if granted by the trustee handling the TTFA’s insolvency, would take up an undeniably unjustified high proportion of the $3 million loan that is being made available to pay legitimate creditors.

Neither of them are likely to care, neither showed that they cared that much for the TTFA and football on the island beyond the money making opportunity it provided them. The trustee handling the insolvency has said that there is just $3 million – in the form of a loan to the TTFA – to pay the creditors. Fenwick’s claim in full would swallow up over a sixth of it. There are 291 creditors listed.

Fenwick had a shortlived career as manager of the Trinidad and Tobago national team in 2020/21, having been ushered in by technical director Keith Look Loy, one of the ringmasters behind the United TTFA group that so disastrously took control of the TTFA before being replaced by a FIFA normalisation committee.

Fenwick presided over the country’s record equalling biggest defeat – 7-0 to a team made up of second and third string US players – and a disastrous World Cup qualifying campaign that saw TTFA eliminated after finishing second in the first round group behind St Kitts and Nevis.

Eventually the TTFA Normalisation Committee fired Fenwick before the 2021 Gold Cup qualifiers for poor performance and a series of disciplinary issues (he reportedly struck the TTFA’s media officer in an incident that was later covered up).

Fenwick received a pay off believed to be around $100,000 as settlement for the remainder of his contract.

As part of his contract Fenwick had a bonus clause if the country qualified for the Gold Cup in 2021. Trinidad and Tobago did qualify but Fenwick had already been fired. Even so, he is still coming back for another bite of the TTFA financial apple, claiming his bonus should be paid based on what he claims are his efforts that enabled them to get through qualifying.

Fenwick seems to have forgotten he had already been paid to go away. It will be interesting to see whether his claim is validated by the trustee handling the TTFA insolvency.

To do so would be a huge insult to the coaches who reman unpaid but whose claims for payment have not been questioned.

Fenwick has a chequered past having spent time in prison in the UK following a drink driving offense. He is also alleged to have forged a signature on a sponsorship document promising support for the TTFA if the United TTFA group were elected. That sponsorship document was proved to be fraudulent but not before the TTFA election had been influenced, with United TTFA taking over and Look Loy rapidly ushering him into the national team manager’s post.

In Trinidad and Tobago Fenwick had a running mate in the form of Peter Miller. Miller was hired as a marketing consulting on the promise of bringing sponsorships and high value partners to the TTFA. Miller failed to deliver a single fee-paying contract – or even a sponsorship introduction – to the TTFA but nevertheless collected a monthly stipend without once visiting the island.

However, Miller was involved in introducing the Lavendar Consulting deal that would have seen the TTFA make introductions to raise finance to rebuild the Arima Velodrome at a cost of $47 million. The TTFA was to receive $4 million fee. Lavender proved to be a sham company that had overstated its expertise, had never built a stadium before (despite claiming it had worked on World Cup stadia in Qatar) and the Arima local authorities quickly backed away when it became clear they were probably being scammed by the TTFA, Lavendar and Miller. The TTFA’s involvement in the project and any positions held by its executive was never made transparent.

Miller has a history of pie-in-the-sky deal making, and in some cases outright lies. He was chairman of League Two English club Port Vale for two months at a troubled time for the club. He was elected to the Vale board of directors after shareholders were told he and chief executive Perry Deakin had personally invested £100,000 and £250,000 respectively into the club.

Miller was put on a salary of £100,000 a year, plus perks, including accommodation, a car and flights abroad.

But it emerged that neither he nor Deakin had paid for the shares which they used to vote themselves on to the board. That also, effectively, devalued the shares owned by more than 900 fans before the club went into administration in 2012. The administrators have since pursued Miller for the outstanding payment, unsuccessfully. Miller was last believed to be running a sports sponsorship business in Ireland but has since gone quiet.

Miller’s listing as a creditor of the TTFA  could prove more problematic for the insolvency process. While it is believed he has not filed a proof of claim with the TTFA trustee handing the insolvency, he did have a contract with the TTFA and the judge could rule in his favour.

That would add further domestic insult to the injuries the legitimate creditors have already suffered.