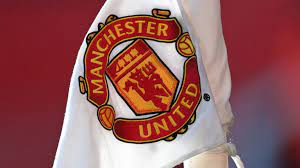 Spanish clubs hold the top three places in the ranking with Athletic Club followed by Real Sociedad (43.9%), and  Celta Vigo (41.2%).

The data from the CIES Football Observatory, defines club-trained footballers as players who have been at their employer clubs for at least three years between the seasons during which they celebrated their 15th and 21st birthday.

The highest ranked Premier League club is Manchester United (27.6%) followed by Chelsea (25.4%). Six premier League cubs are ranked in the top 20. Two Premier League clubs – Brentford and Watford – have not had a single club-trained player under this criteria play in their first teams this season.

Looking beyond the Big-5 leagues, the Slovaks of MŠK Žilina (85.5%) top the table for clubs from 40 leagues worldwide.

“The Colombians of Envigado (76.4%) head the rankings for the nine non-European leagues included in the study, ahead of four Argentinean teams (CA Banfield, CA Lanús, Rosario Central and CA Unión) and the Brazilians of Corinthians (56.3%),” find the CIES report authors.

“At league level, the figures stretch from a record-low of 4.0% in the Greek Super League to a record-high of 26.0% in the Argentinean Liga Professional. On average, teams from the 40 leagues surveyed fielded club-trained players for 15% of domestic league minutes. Among the 42 teams who did not use club-trained footballers notably are Brentford, Bayer Leverkusen, Bologna and Udinese,” says the report. 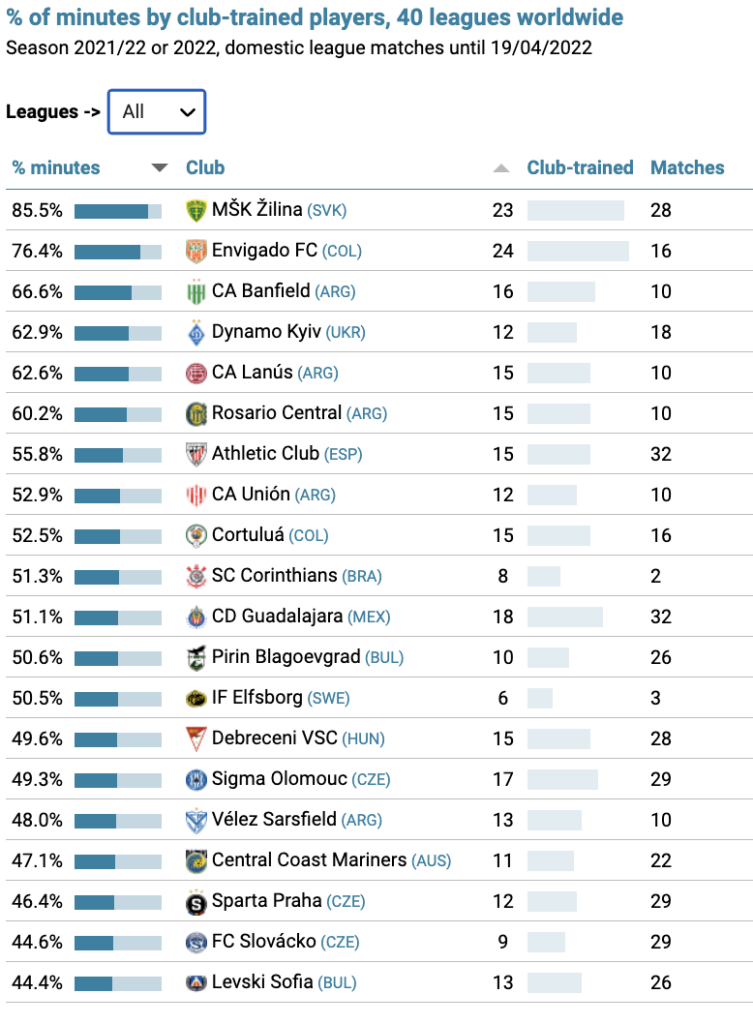 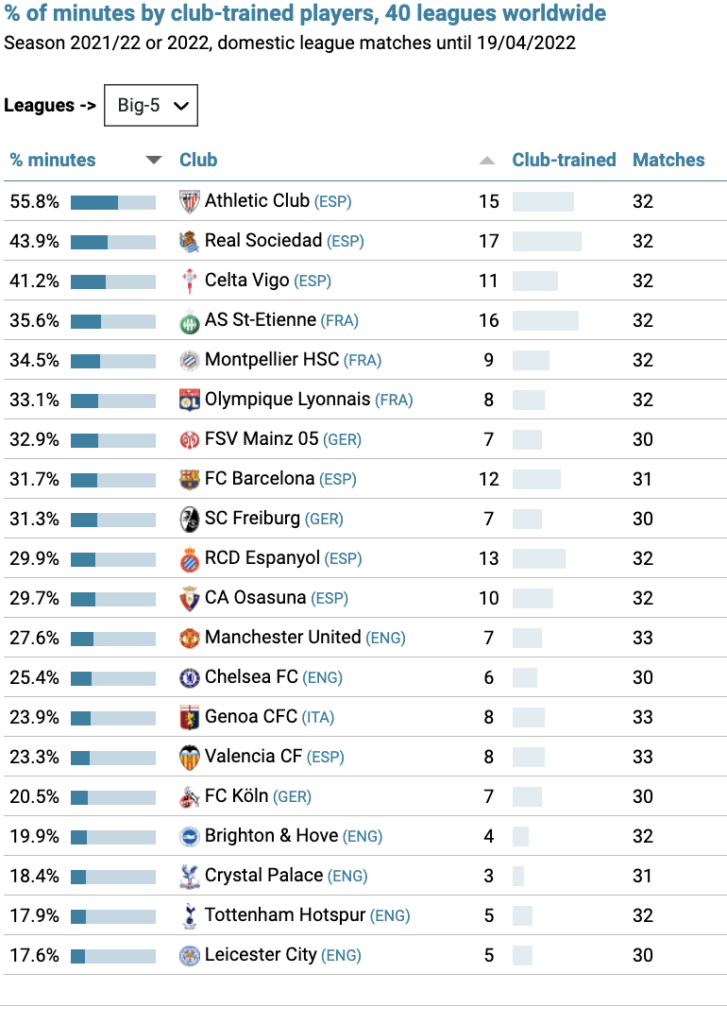 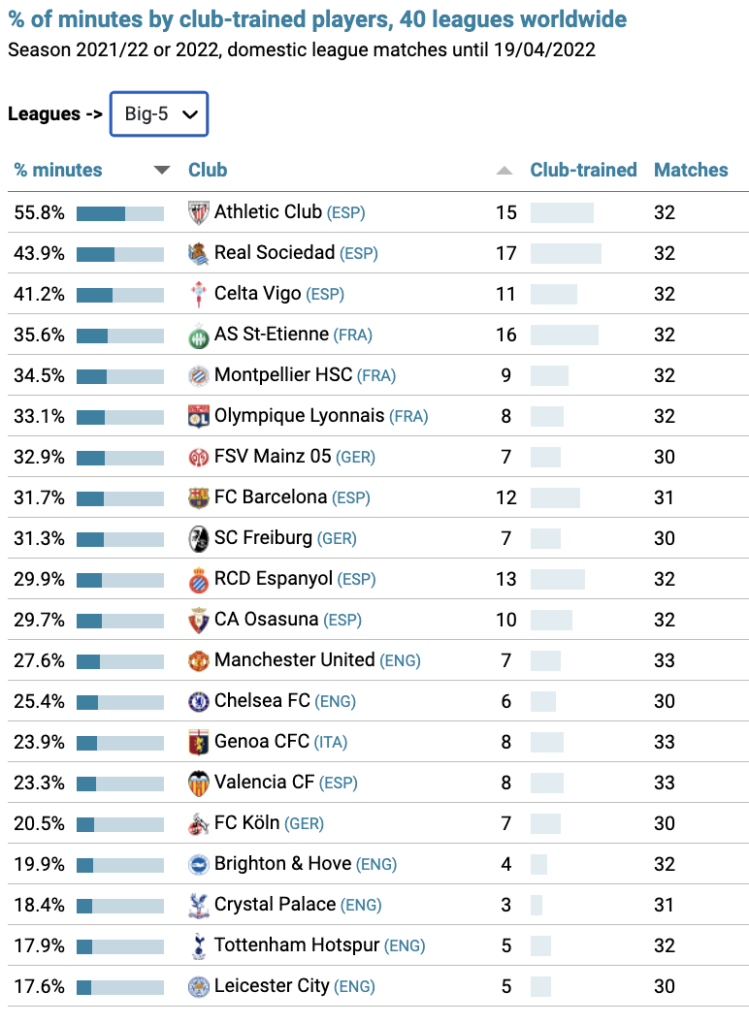