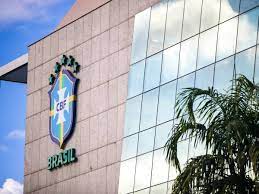 May 4 – Brazilian football is moving rapidly towards the launch of the breakaway league ‘Libra’ with six of the country’s biggest clubs now signed up.

Red Bull Bragantino, Corinthians, Flamengo, Palmeiras, Santos, São Paulo and Cruzeiro, in the second division, have put their signature to project Libra (Liga Brasileira) with partner Codajas Sports Kapital. More clubs had been expected to back Libra, but differences remain over the distribution of the revenue from broadcast rights with ‘Forte Futebol’, a block of clubs who teamed up to counterbalance the interests of clubs in Rio de Janeiro and Sao Paulo.

“For our 14 clubs, we do not consider (that the league is created),” said Athletico Paranaense president Mario Petraglia. “We were surprised by the meeting’s agenda. The intention would be to have a conversation between the clubs. Then they came with the statutes ready that the six would sign, and whoever wanted to sign was also welcome. I didn’t even study the statutes.”

However, the consensus is that Libra will keep taking steps forward. Next week, the 40 professional clubs from Brazil’s top two divisions will meet at the headquarters of the CBF in Rio de Janeiro to smooth out differences and flesh out further details.

Last year, local top flight clubs announced that they wanted to establish a league governing body to run the Serie A and gain more of an influence on how the Brazilian game is administered. The Brazilian football confederation (CBF) was going through an institutional crisis following accusations of sexual harassment by its president Rogerio Caboclo, who had to exit the organization in disgrace.

Elected in March, his successor Ednaldo Rodrigues said that the governing body would help the domestic clubs to form a league. “The Brazilian law permits it, the statutes of CBF, Conmebol and FIFA permit it,” Ednaldo told Insideworldfootball last month. “We have to manage the CBF, listen to the clubs a lot and understand what is the best for them. The CBF – instead of opposing – will be at the disposal to help with what is necessary so that the clubs can do the league.”

Brazil is the only top ten country in the world where the federation still controls the running of professional league football at a domestic level.