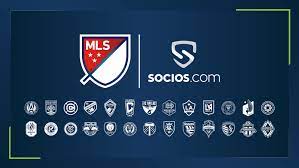 May 5 – Blockchain platform Socios has signed a league-level deal with Major League Soccer, making further strides into US sports.

The MLS deal includes agreements with 26 of the league’s 28 clubs. Charlotte FC and DC United refrained from entering a partnership with Socios, but will not see the company issue either club or league Fan Tokens.

Instead the Socios app will be used to build community via giving fans access to exclusive rewards, quizzes, polls, and opportunities to engage with their clubs.

“At Major League Soccer, our Emerging Ventures team is always looking for ways to apply the latest technology to provide North America’s youngest and most tech-savvy fans with new opportunities to be connected in a significant way to our players and clubs,” said MLS vice-president of emerging ventures Chris Schlosser.

Socios’ deals in the NBA, NFL and NHL also exclude the sale of fan tokens.

Given the “vagueness of the current state of how the U.S. government looks at and treats various types of crypto assets,” the MLS has not associated itself with fan tokens, according to Socios Chief Strategy Officer Max Rabinovitch.

He said: “This partnership is going to have far-reaching positive impacts on our evolution and shed light on what the Socios fan engagement universe on the blockchain can be as a whole. MLS is the perfect home to begin that educational journey in North America.”

The door to sell fan tokens in the future has however been left open.

No financial terms for the ‘multi-year’ partnership were disclosed.