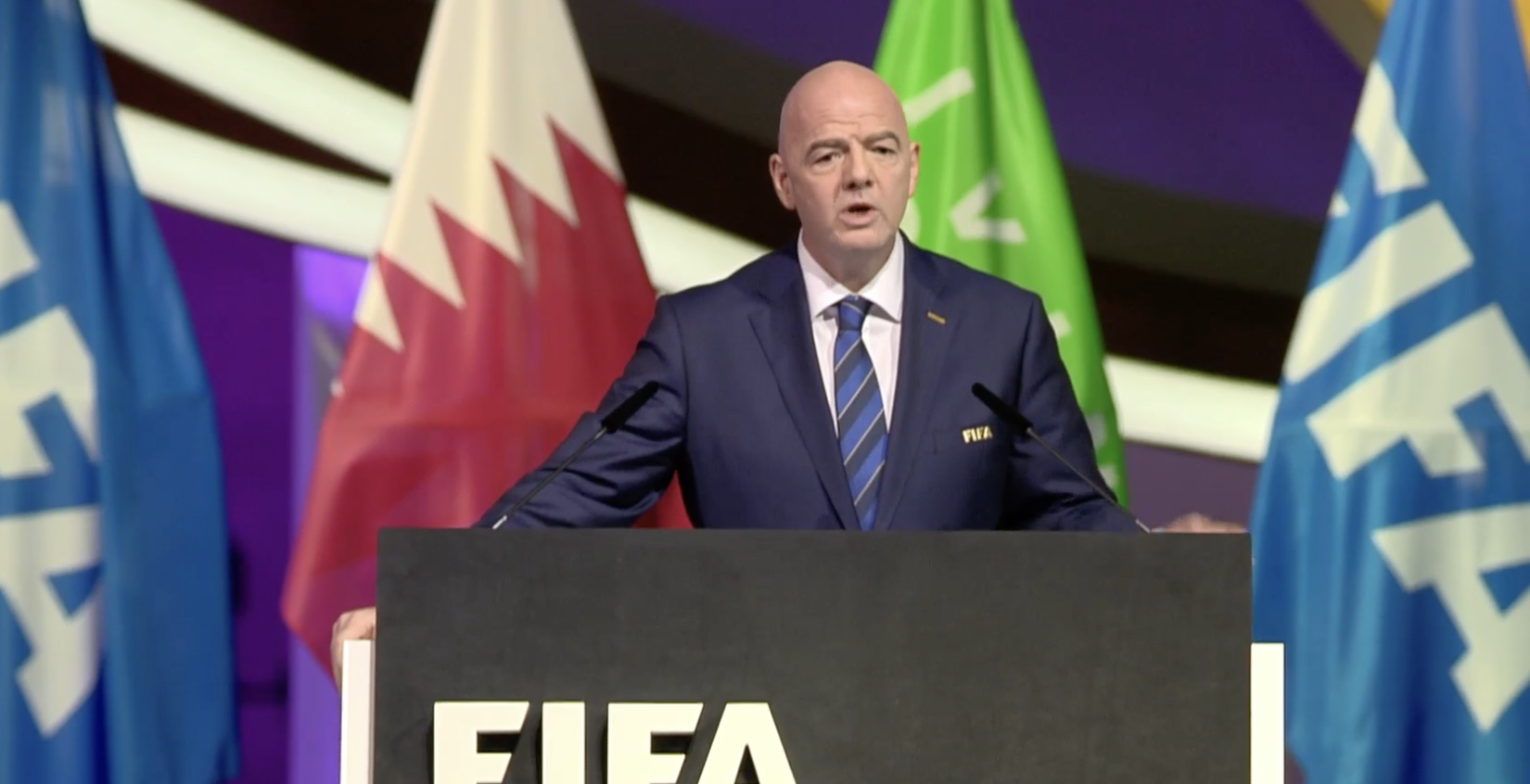 May 5 – Human Rights Watch (HRW) has said Gianni Infantino insulted migrant workers in Qatar after the FIFA president said they get “dignity and pride” from their work.

In a statement, the organization said that “Infantino further insulted those workers by declaring, ‘When you give work to somebody, even in hard conditions, you give him dignity and pride’.”

The FIFA supremo’s words at the global conference of the Milken Institute in Los Angeles earlier this week caused outrage.

It was not the first time Infantino had spoken in denigrating fashion about migrants. In January, he took his pitch for a biennial World Cup to the next level when he seemed to suggest the tournament was a solution for African migrants crossing the Mediterranean.

Infantino – who now lives in Doha but is expected this month in Switzerland to be interviewed by two Swiss special prosecutors in a criminal investigation into his own conduct – made his comments when he was asked whether FIFA would support the families of members who died building World Cup stadiums in Qatar.

The Guardian reported last year that 6,500 migrant workers have lost their lives in World Cup construction and infrastructure work at large since 2010 when FIFA awarded the global finals to Qatar, but organisers and FIFA have always maintained that Qatar’s labour reforms have improved the lives of workers.

HRW has called on FIFA “to step up and meet its human rights responsibilities instead of covering up for ugly labour abuses behind “the beautiful game”.