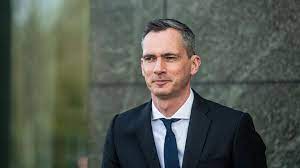 May 10 – Belgian football has expressed grave concerns over an impending ban on betting ads in the country, with Pro League CEO Lorin Parys (pictured) demanding urgent talks to prevent clubs from losing a major revenue stream.

By the end of this year,  all advertising for gambling and betting is scheduled to be banned in Belgium. The ads will no longer be allowed on TV, radio, websites or social media, nor in newspapers and magazines or on outdoor billboards.

The decree will have major consequences for domestic football clubs. Betting ads and club sponsorships will be phased out by the end of 2024. Until then betting companies will still be allowed to advertise using their brand name or logo on both shirts and inside stadiums.

“This decision – which came without consultation – will cut more than 12 percent sponsorship revenue at a time when our clubs are losing more than €100 million,” wrote Parys. “This proposal threatens to lead more people to illegal gambling sites without regulation.”

“Because we take our responsibility, we as the football sector have been the first to conclude a strict agreement with the government to limit gambling advertising and to block the risk of addiction, which according to Sciensano (Belgian Institute for Health) exists in 0.9 percent of the population.”

Out of 18 Belgian top flight clubs, only Qatari-owned KAS Eupen and Saudi-owned Beerschot have no sponsorship deals with betting companies. The title sponsor of the women’s Super League is betting company Scooore.