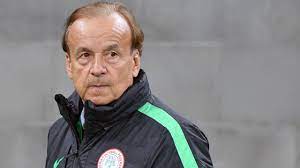 May 10 – FIFA has ordered the Nigeria Football Federation (NFF) to pay former coach Gernot Rohr just under $380,000 in compensation after the governing body dismissed the German late last year.

Following disappointing results, Rohr was fired in the lead-up to the last Africa Cup of Nations in Cameroon. Rohr had a contract until the end of 2022 and while the NFF agreed to pay his salary until December, Rohr went to FIFA to demand an additional sum for breach of contract without just cause.

Zurich awarded the 68-year old $377,879 in compensation rather than the $1 million he had sought.  “If full payment (including all applicable interest) is not made within 45 days of notification of this decision, the respondent [the NFF] shall be imposed a restriction on receiving a percentage of development funding, up until the due amounts are paid,” said FIFA. The decision was made by the FIFA’s players’ status chamber.

Rohr had been Nigeria’s longest-serving coach after his 2016 appointment. He took a young Nigeria side to the 2018 World Cup in Russia where the Super Eagles failed to progress from a first-round group with Argentina, Iceland and Croatia. His relationship with the local fans and media then deteriorated and his conservative approach as well as underwhelming results left him in an untenable position.

He was dismissed and the NFF appointed Augustine Eguavoen, who led Nigeria to the last 16 of the Africa Cup of Nations, but failed to qualify the Super Eagles for this year’s World Cup in a two-legged playoff with rivals Ghana.