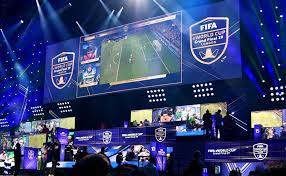 May 11 – The separation of EA Sports and its FIFA gaming franchise from the world governing body will take another edition before completion. EA Sports will release a FIFA 23 title this year before renaming the world’s biggest football video game EA Sports FC.

FIFA has granted a new short-term license extension to EA Sports for the FIFA 23 title which will launch later this year, and for the first time will feature the men’s and women’s World Cup competitions in one edition.

The release of FIFA 23 and the new EA Sports agreement will not stop FIFA going ahead with the launch of its own suite of football games that FIFA said are being “developed with third-party studios and publishers, providing more choice for football and gaming fans in the lead-up to the FIFA World Cup Qatar 2022 and FIFA Women’s World Cup Australia & New Zealand 2023.”

FIFA and EA Sports fell out over the fee FIFA was demanding for the use of its name and marks in the title and content of the game. EA took the decision that having built the game and millions of players and buyers (the FIFA series sold more than 321 million copies in 2021), that it could comfortably survive without the FIFA marks.

The game won’t change, the name will.

FIFA countered saying that ending the EA Sports deal enabled it to work with other game publishers to develop a more comprehensive suite of games. It was a bold move to walk away from a licensing deal that was generating £150 million+ a year.

For 2023 FIFA has licensed the simulation football category only to EA, and said that “a number of new non-simulation games are already under production and will launch during the third quarter of this year.”

But the real action is in the simulation category and FIFA will have to find big publishing partners and major marketing resource if they want to eat into EA’s dominant position. FIFA’s new simulation game is targeted for a 2024 launch.

FIFA said it “intends to work with a range of partners rather than lock up all gaming and esports rights exclusively with one publisher for the long term.
“As well as launching a portfolio of new games during 2022 and 2023, FIFA is currently engaging with leading game publishers, media companies and investors in regard to the development of a major new FIFA simulation football game title for 2024.”

FIFA may have an ace up its sleeve in that it said it is developing its games in parallel with its newly launched FIFA+ direct-to-consumer media platform. If that platform establishes millions of users it quickly becomes the obvious focal point for FIFA’s egaming ambitions.

In championing the strategy, FIFA president Gianni Infantino, pointed to an interactive gaming and esports sector that is undergoing unrivalled growth, saying: “I can assure you that the only authentic, real game that has the FIFA name will be the best one available for gamers and football fans. The FIFA name is the only global, original title. FIFA 23, FIFA 24, FIFA 25 and FIFA 26, and so on – the constant is the FIFA name and it will remain forever and remain THE BEST… FIFA’s strategy is to ensure we can make the most of all future options and ensure a wide range of products and opportunities for gamers, fans, member associations and partners.”