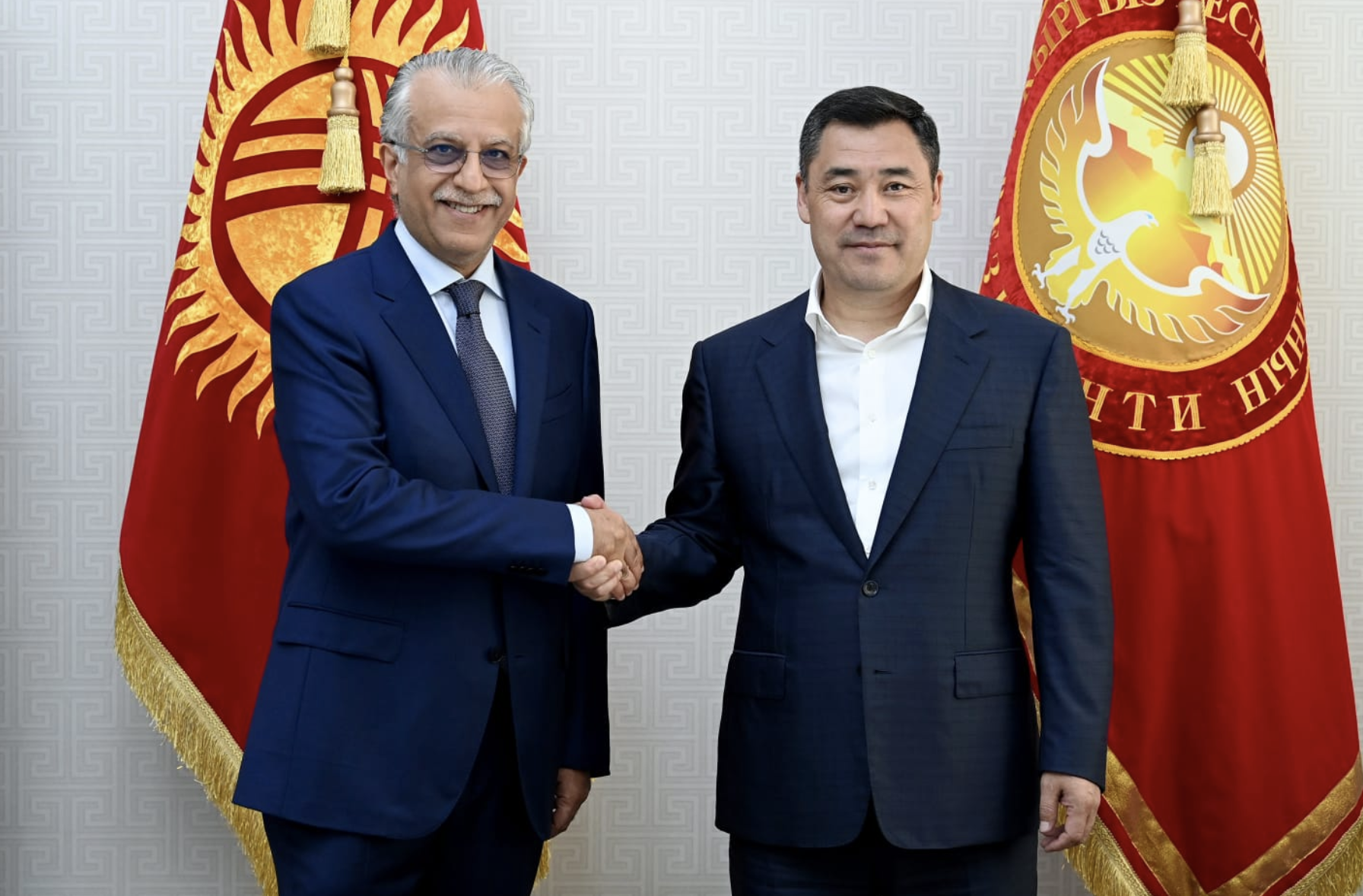 May 12 – Having chaired the AFC Executive Committee meeting in Dushanbe, Tajikistan, at the weekend, the first-time ever the AFC’s top table has met in a Central Asian nation, AFC president Shaikh Salman bin Ebrahim Al Khalifa has stayed in the region to meet with other member associations and government officials.

This is the first trip the AFC’s leadership have been able to make to the region since 2019 and the early day of the Covid pandemic.

Yesterday Shaikh Salman was in Bishkek where he met Sadir Gabarov (pictured right), president of the Kyrgyz Republic, where he received praise and thanks for the AFC’s achievements in promoting the game across the continent.

Central Asian football has been becoming increasingly more competitive within the AFC with club sides progressing in AFC club competition and four nations still in contention for qualification to the 2023 Asian Cup in China, the AFC’s blue riband national team event.

The Krygyz Republic, who had offered to act as a centralised group host, have been drawn in the same group as Central Asian rivals Tajikistan. Uzbekistan and Turkmenistan have also made it through to the final round of group qualifying. Games will be played over three match days in June.

President Gabarov acknowledged the important role the AFC plays in unifying the Asian football family, increasing the popularity of the game, and supporting the efforts of national federations to advance their football systems.

Sheikh Salman responded by renewing the AFC’s support for all efforts made to increase the spread of the game in Kyrgyzstan and to prepare national teams capable of effectively participating in various continental and regional tournaments.