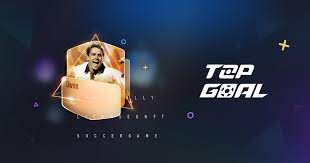 May 12 – Blockchain-based football game TopGoal, which is targeted expansion in Asia, has agreed a strategic partnership with South Korea’s Klatyn Foundation, one of the country’s largest publicly traded technology companies.

The partnership will see an expansion of the Klatyn metaverse into football and opens up one of the world’s most active crypto markets to TopGoal and its licesnsed players and clubs.

TopGoal is a blockchain-based platform where users can trade officially-licensed digital collectibles (NFTs) and participate in on-chain football games. It partners with world famous players, clubs, as well as leagues and FAs to create unique football player cards that can be collected to create fantasy squads and played in TopGoal games.

The Klaytn Foundation has created a dominant metaverse blockchain ecosystem backed by Kakao Corp. The TopGoal deal will add new entertainment areas to Klatyn as it builds out its content offering and its infrastructure and support for the metaverse.

“TopGoal’s multi-chain support of NFT assets based on sports IP, along with its Klaytn partnership, will help TopGoal build its sports metaverse for massive user adoption with Klaytn’s blockchain ecosystem,” said a TopGoal statement announcing the deal.

The rapid increase in popularity of NFTs is also seeing a evolution of the new play-to-earn gaming paradigm known as GameFi, which blurs the line between players and investors. “Players can now earn tokens or NFTs for their gaming, which often have corresponding real-world value, and can also be used in-game to further increase their rarity or value, or help power a game’s community,” explained TopGoal.

Users will now be able to play with the co-branded NFT cards on Klaytn in blockchain-empowered games in the TopGoal metaverse which adopts the latest play-to-earn economic model.

TopGoal’s said that its vision is to “bridge the gap between crypto and sports. Combining sports NFTs with GameFi brings together digital collectibles with utility for massive user adoption.”

Taking the marrying of rights and technology to the next level, a next step looks likely to be an immersive, interactive 3D rendered environment where users can watch football matches and interact with their favourite players in the metaverse. It is already a concept that is being tested with a one-off Serie A game in the middle east.