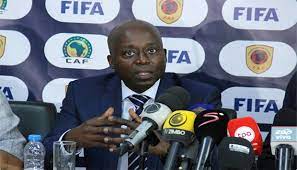 May 13 – Artur de Almeida e Silva looks set to succeed Zimbabwe’s Phillip Chiyangwa as the new president of Cosafa, the Council of Southern Africa Football Associations, but questions have been raised over whether the president of the Federação Angolana de Futebol (FAF) should have been allowed to stand for the presidency in the first place.

In 2015, Almeida e Silva was convicted by a Luanda court for an attempt to embezzle $10 million from telecoms company Unitel.

The court wrote that “the conduct of defendant Artur de Almeida e Silva, a man with huge commercial experience, is to be broken down in three moments: he is the owner and director of a renowned company; he negotiated with someone without power of attorney; he signed a cheque and sent to withdraw money without verifying the provenance, as well as contacted the responsible at BCI to verify the existence of money transfers to his account.”

Article 25 of the FAF statutes requires its officers of “never having been punished for infringements of a criminal nature” in order for them to be eligible for any position at FAF. Despite this statute, Almeida e Silva’s conviction did not prevent him from becoming FAF president in 2016.

Then FIFA’s chief member associations officer Véron Mosengo-Omba wrote to FAF that the federation ran the risk of getting suspended over third-party interference.

In a letter, Mosengo-Omba reminded the Angolan federation that member associations “are obliged to manage their affairs independently and without undue influence from third parties, including government authorities. Any breach of this obligation may lead to sanctions as provided for in the Fifa Statutes, which may also include the suspension of the member association.”

In 2021, the Confederation of African Football (CAF) also required extra checks to confirm Almeida e Silva’s eligibility to compete for a seat on the organisation’s executive committee. Ultimately, Elvis Chetty from the Seychelles won the seat.

With no other candidates in the election,  Almeida e Silva will succeed Phillip Chiyangwa as president.  The Zimbabwean had a colourful presidency and claimed to be the kingmaker of subsequently disgraced CAF president Ahmad, and the defenestration of previsouly long-serving CAF president Issa Hayatou in 2017.