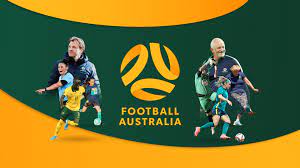 May 13 – Football Australia has announced the country’s first ever domestic club licensing regulations for its professional leagues.

The Australian federation has been undertaking a number of seismic changes to the way the sport is run in Australia, and in advance of the co-hosting of the 2023 Women’s World Cup with New Zealand.

Football Australia Chief Executive Officer, James Johnson, said: “We have shifted Club Licensing from its more traditional use as a regulatory mechanism towards one which is also focused on club development.  We want to cultivate and support a thriving football ecosystem, and one of the most effective ways to raise overall standards and performance pathways is through Club Licensing.

The new regulations are based on five areas – sporting, infrastructure, personnel and administrative, legal, and financial –and set minimum standards that clubs must meet for domestic and/or regional level. To date, Football Australia has only licensed clubs to participate in Asian Football Confederation (AFC) club competitions.

The AFC has recently undergone a revision of its club licensing criteria, followed by a ‘hard’ enforcement of those rules for its competitions, on the basis that in doing so they will stimulate a greater and more sustainable professionalism in football across the vast region.

“Improving standards for both men and women involved in Australia’s professional leagues is a sharp focus for FootballAustralia. The development and implementation of Club Licensing for both A-League Men and A-League Women clubs in the same year demonstrates the organisation’s commitment to elevating men’s and women’s club football,” said NatalieLutz, Football Australia Club Licensing Manager.

A-League Men and A-League Women’s clubs now have the document for licensing with submission expected into eary August and decisions expected mid-August for the men’s A League. Football Australia said it is in the process of expanding the Club Licensing framework to include the National Second Tier and National Premier League, “with specificcriteria to be developed for each competition”.