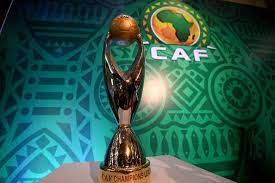 May 15 – Egyptian club Al Ahly has appealed to the Court of Arbitration for Sport (CAS) over CAF’s decisions to give the hosting of the final to Casablanca, Morocco.

The Egyptians will play Wydad Casablanca in the final of Africa’s premier club competition.  Al Ahly had asked CAF to award the hosting rights to a neutral venue, but CAF chose Wydad’s home ground, the Mohammed V Stadium, arguing that no other candidates had come forward to stage the match.

“This decision will give a home advantage to a certain team that will play at home in front of their fans in addition to violating other laws and regulations,” said Ahly in a statement.

“Al Ahly hopes CAF will be keen not to disrupt justice and will provide CAS with all the required documents that will help in achieving justice.”

The club also said that CAF has committed “violations that do not meet the Olympic Charter, FIFA and CAF regulations”.

Morocco also staged last year’s Champions League and the North Africans were the only bidders by the time of the original deadline for bid submissions. In recent weeks, Senegal with their new, state-of-the-art 50,000-capacity stadium in Diamniadio emerged as late bidders, but they eventually withdrew.

In a statement last week, CAF defended their decision. The confederation said: “CAF appreciates and fully understands the complaints and concerns raised by Al Ahly SC and the EFA and is committed to the principles of fairness, justice and equality of all clubs and member associations.”

“However, CAF was obligated to adhere to and implement the decision that was taken by the previous CAF leadership in July 2019, which was that the TotalEnergies Champions League final would be a one-leg final rather than the usual two-legged home and away final.”

Furthermore, CAF is also bound by the CAF and FIFA rules which do not allow competition rules to be changed once the competition has started. Morocco and Senegal were the only countries that fulfilled the host country bid criteria after CAF requested its 54 member associations to submit bids to host the TotalEnergies CAF Champions League one-leg final. Egypt did not submit a bid.”

In 2020, CAF changed the two-legged home and away format of the Champions League to a one-off match, but the confederation is considering reversing the format again.

Al Ahly are the record Champions League winners in Africa with ten titles. They defeated Entente Setif of Algeria 6-2 on aggregate to set up a final against Wydad, who defeated Angola’s Petro Atletico 4-2 over two legs.