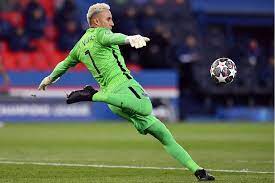 May 17 – Goalkeepers need to be more than just shot stoppers. With possession-based football requiring keepers to be confident with the ball at their feet, their distribution is no longer just about kicking the ball long.

A ranking by the CIES Football Observatory of goalkeepers from 36 leagues finds Paris St-Germain’s Keylor Navas (pictured) with the lowest percentage of long forward passes out of total passes at just 8.2% (PSG’s Gianluigi Donnarumma was ranked second). At the other end of the scale is Gergö Rácz at Hungary’s Paksi FC with 83.6%.

Long passes are defined as being at least 40 meters with a span angle of 90°.

“The record percentage of long forward passes at big-5 league level was recorded for Burnley FC’s Nick Pope (73.1%) ahead of CA Osasuna’s Sergio Herrera (72.2%). In absolute terms, the greatest value was recorded for Bochum’s Manuel Riemann (27.5 per match on average). Derby County’s Ryan Allsop made the most passes per game (50.0), ahead of Hamburger SV Daniel Heuer Fernandes (48.4),” noted the CIES report.

“On a league level, the average percentage of goalkeepers’ long forward passes stretches from only 35.7% in the Turkish Süper Lig up to 58.4% in the Scottish Premiership. High figures were also recorded in the English Championship (49.0%) and the Argentinean Liga Profesional(47.5%).”

Interestingly the top six goalkeepers in the English Premier League all recorded under 30% of passes as being ‘long’, while only the top three in LaLiga were under 30%. 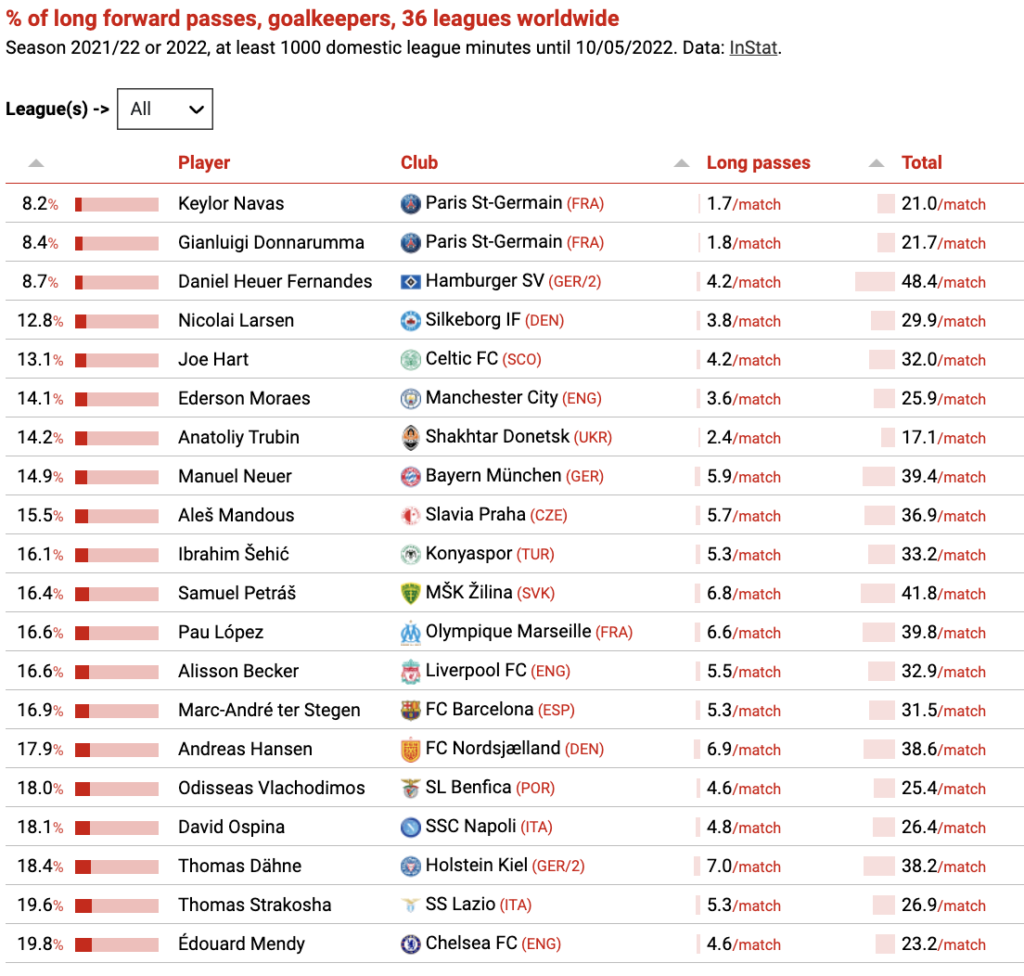 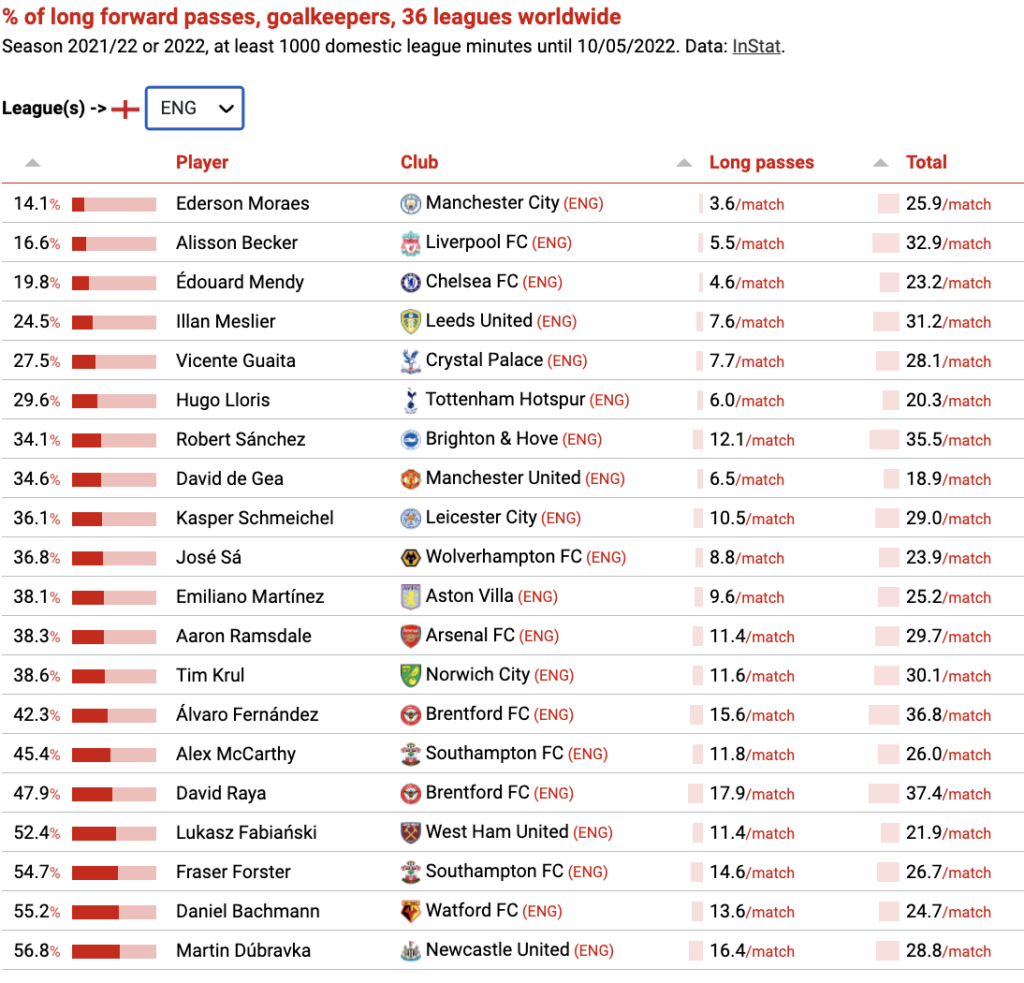 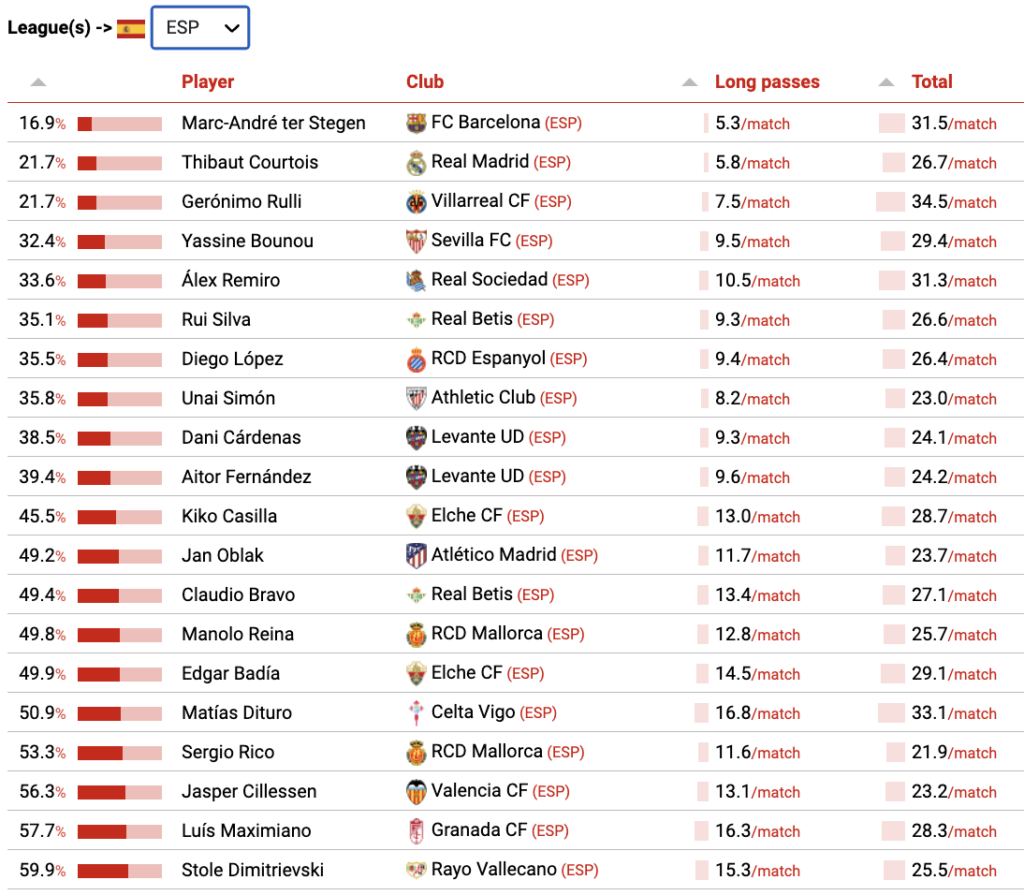