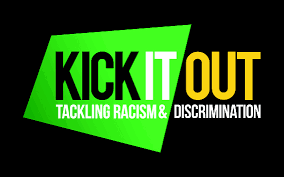 May 17 – A leading anti-racism group says incidents at Premier League matches on Sunday show “hate is alive and well within football.”

Two Burnley supporters were arrested on suspicion of a racially aggravated public order offence following a game at Tottenham Hotspur where a visiting supporter was seen appearing to perform a Nazi salute.

In footage shared on social media, one Burnley fan clearly performed the gesture towards Spurs supporters while another man stood next to him in the away section pretended to cry.

Stewards then stepped in to remove the two men from the stadium following complaints from Tottenham supporters.

And two Brentford players, Rico Henry and Ivan Toney, also reported members of their family had been racially abused at their away game against Everton.

“We have been made aware of a spate of new alleged anti-Semitic and racist comments and gestures linked to several clubs over the weekend,” said Kick It Out’s head of player engagement Troy Townsend.

“Whilst investigations are ongoing, we cannot comment on the specifics of cases. However, the events of the weekend once again highlight the fact that hate is still alive and well within football.

“Everton, Burnley and Tottenham all acted swiftly and we commend their energy in addressing these incidents. We hope appropriate and decisive action is taken against all those involved.

“We will not stop fighting until hate is eradicated from our sport. Football is a game for everyone.”