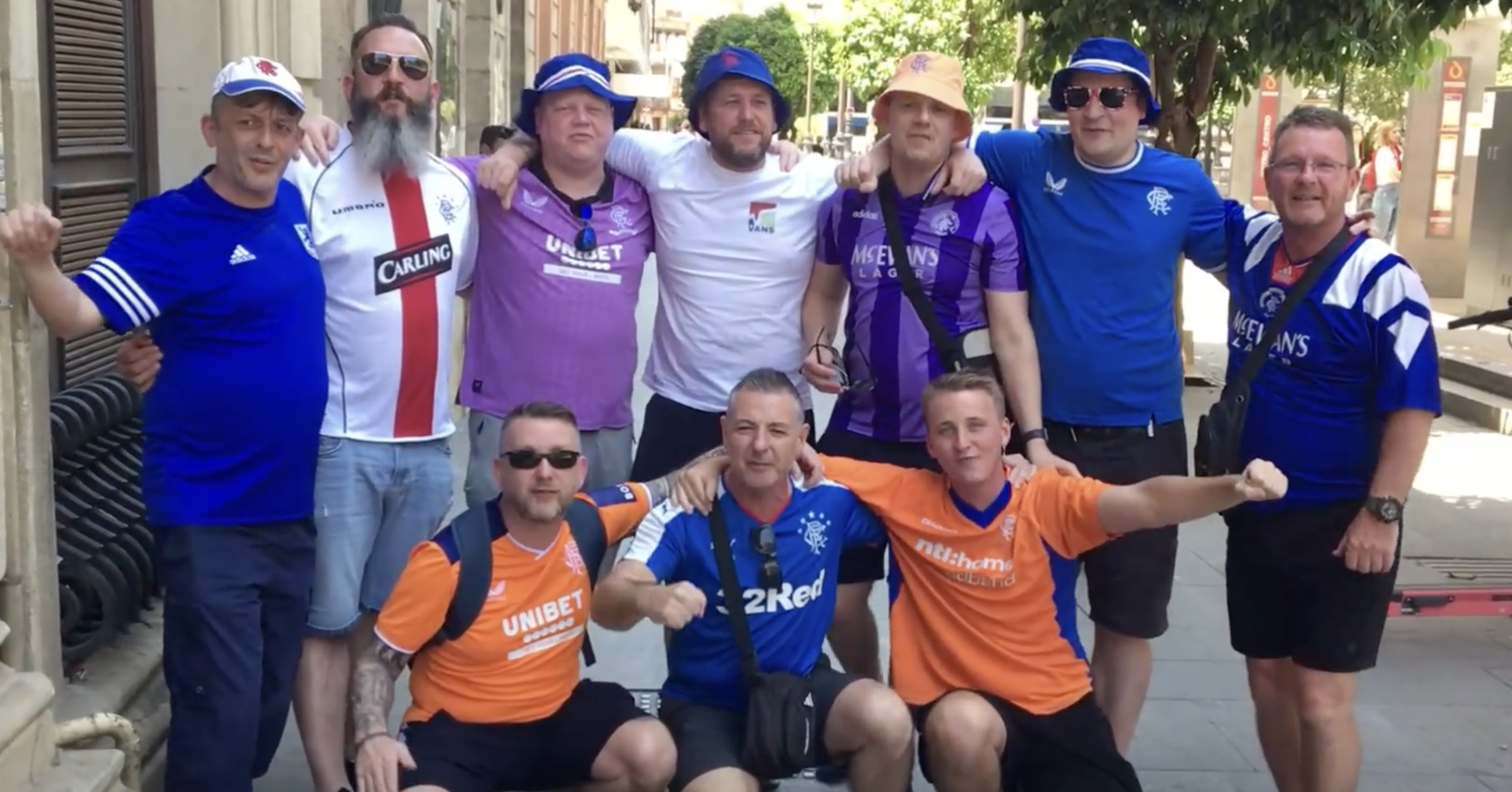 May 18 – Glasgow Rangers and Eintracht Frankfurt, two massively supported clubs who have had lean times when it comes to European success, turn back time tonight when they attempt to carve out a place in modern football history by winning the Europa League.

Ten years after financial oblivion plunged them into Scotland’s bottom tier, Rangers attempt to land their first European trophy since 1972, while Eintracht hope to win their first non-domestic silverware since the 1980 UEFA Cup, the Europa League’s previous incarnation.

It’s an almost impossible fixture to call with most pundits split on predicting a winner but it has a fascinating air about it and the Ramon Sanchez Pizjuan Stadium in Seville will be a cauldron of noise.

Despite their mid-table position in the Bundesliga, Frankfurt will start as slight favourites after already knocking out Real Betis, Barcelona and West Ham. It will be their first European final since beating Borussia Moenchengladbach to win the UEFA Cup in 1980 but their heyday was 20 years earlier when they reached the final of the European Cup.

Such is the fanatical fan base of both teams that police predict there could be upwards of 150,000 ticketless fans in Seville, with thousands arriving by all possible means of transport

“It’s too many people with too much alcohol, the majority without tickets for the game and lots of construction sites around the city, a recipe that could lead to serious problems,” warned Juan Carlos Castro Estevez, Spain’s General Commissioner for Citizen Security.

Frankfurt chief executive Axel Hellman summed up what the game means to both sets of supporters.

“They’re expecting a rush in Seville that the city hasn’t seen before,” he said. “It’s going to be a unique gathering of the most vocal and enthusiastic fans in Europe.”

Rangers managing director Stewart Robertson urged the club’s fans to behave and enjoy the occasion “in the right way, the right manner” while manager Giovanni Van Bronckhorst added: “Is not often that we are able to reach a European final, so we have to enjoy this moment and make sure we don’t cause any trouble.”

Like the whole of the blue side of Glasgow, Rangers captain James Tavernier can’t wait. “We want to put a legacy down for the day we retire,” he said.