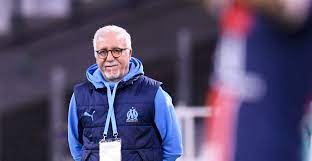 May 19 – The Saudi Arabian Football Federation (SAFF) is reinforcing its player development pathway as it targets a ranking among the world’s elite football nations by the time World Cup 2034.

Saudi Arabia are currently ranked 49th in the world and topped their Qatar 2022 World Cup qualifying group. But their ambition is more than just to qualify for World Cups, in the future they want to be considered as contenders. Qatar 2022 will be the sixth time they have qualified for a World Cup.

While much has been noted about the Saudi ambition to host major events and be seen as a welcoming destination for world sport, less has been written about the programmes within the country to develop professional players that will challenge on the world stage.

The SAFF has now appointed Nasser Larguet as its new technical director, who will be charged with building the programme that will produce these players.

Larguet has spent the past three years at French club Olympique de Marseilles, and prior to that led the Moroccan national team as a technical director from 2014-2019, achieving their first World Cup qualification in 20 years.

In France he has held multiple positions within French youth academies, including Cannes, Rouen, Caen, Strasbourg and Le Havre.

Larguet will oversee Saudi Arabia’s recently announced seven-pillar strategy to increase the country’s international competitive. This will include a high-performance pathway, with a comprehensive plan for every Saudi footballer, starting from the age of six through to turning professional. The focus of the development will be through improving the existing regional centres and developing new grade A centres across different regions in the country.

“The Saudi football landscape is currently witnessing a massive transformation, as our set ambition is to become genuine contenders on the global stage. The hiring of Nasser Larguet comes to build on our success so far and represents an important milestone in the path we are undergoing,” said Yasser Almisehal, president of the Saudi Arabian Football Federation.

“The transformation is already reaping results, as we have opened a total of 22 regional centres across the country which will support in scouting and developing Saudi talent. Our national teams are also enjoying some unprecedented success at every level, as the U23 Olympic team were present in Tokyo 2020 Olympics for the first time after 24 years, our men’s team just delivered the best Saudi world cup qualification campaign ever,” he continued.

Larguet is tasked with creating a new uniform coaching curriculum “that tailors to Saudi strengths”, and which will be adopted in developing and training Saudi national coaches. He will also look to establish international partnerships that can support Saudi football development.