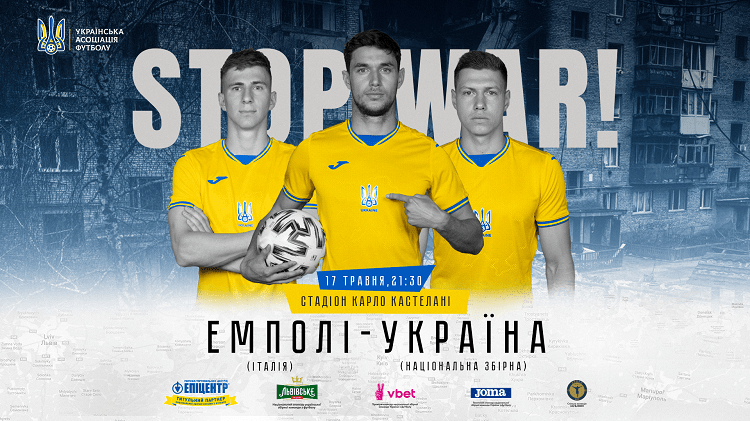 May 19 – Wearing the message United for Ukraine on their shirts, Ukraine’s national men’s team won its second straight friendly since the Russian invasion by beating Italian Serie A club Empoli 3-1.

Having also beaten German club Borussia Moenchengladbach last week in their first game back, Ukraine’s national team players are attempting to get fit ahead of a crucial World Cup qualifying playoff against Scotland next month.

The numbers on the back of Ukraine players’ shirts against Empoli were composed of the names of the country’s cities that have been under attack since Russian troops invaded on February 24.

If Ukraine beat Scotland in the playoff in Glasgow on June 1, they will face Wales four days later in Cardiff for the final European spot in Qatar.