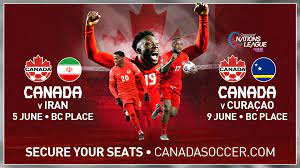 May 20 – Canadian Prime Minister Justin Trudeau has criticised the country’s football authorities for inviting Iran to play a friendly next month, saying the move is ill-advised.

Preparing for their first World Cup since 1986, Canada host Iran on June 5 in Vancouver but Trudeau says the choice of opponent is insensitive given the fact that the Canadian government has said 55 Canadian citizens and 30 permanent residents were among the 176 people killed when a passenger plane was shot down in January 2020, reportedly by an Iranian surface-to-air missile.

The Ukraine International Airlines Flight was downed minutes after taking off from Tehran and Trudeau commented on the upcoming fixture: “This was a choice by Soccer Canada.”

“I think it wasn’t a very good idea to invite the Iranian soccer team here to Canada. But that’s something that the organisers are going to have to explain.”

Canada, who also play Curaçao in Vancouver four days later, are due to meet Belgium, Croatia and Morocco at the World Cup in Qatar. The country has been riding a wave of goodwill since qualifying but Trudeau’s comments have somewhat changed the mood.

Hamed Esmaeilion, spokesperson for the Association of Families of Flight PS752 Victims, says his group has been against the match since it was first rumoured.

In a statement, the group urged Canada Soccer “to cancel the game immediately.”

“They call that a friendly game,” Esmaeilion, whose wife Parisa and young daughter Reera were among those who died on Flight 752, was quoted as saying.  “What kind of friendship do we have with the Islamic Republic of Iran?”

Canada Soccer issued a brief statement in the wake of Trudeau’s remarks.

“At Canada Soccer we believe in the power of sport and its ability to bring people from different backgrounds and political beliefs together for a common purpose,” it said. “Iran is one of 32 participating member associations at the FIFA World Cup Qatar 2022 and Canada Soccer continues to follow all international protocols in staging this match.

“We are focused on preparations for our men’s national team to compete on the world stage.”