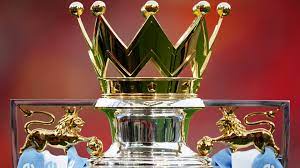 May 20 – Rarely, if ever, has the final day of a Premier League season made for such a thrilling climax at both ends of the table.

Sunday’s final round of fixtures after a nine-month campaign will not only determine who wins the title but also who gets relegated along with already demoted Norwich and Watford. Also on the line are is the final Champions League qualifying place and which teams qualify for the other European competitions.

With the destination of the title still not decided, European places still up for grabs, and one team still to go down, the day promises to be full of nail-biting excitement.

Throughout the season Manchester City and Liverpool have been vying for supremacy and one point separates them going into the final game. Reigning champions City play Aston Villa at home but anything less than a win and the door will be blown wide open for Liverpool, who host Wolves, to overtake Pep Guardiola’s side.

City are in pole position and look poised to scupper Liverpool’s bid for an unprecedented quadruple of Premier League, Champions League and both domestic cups.

“We are different teams with similar skills,” said Liverpool manager Jurgen Klopp.  “The levels we push each other to is absolutely crazy.”

Meanwhile north London rivals Arsenal and Tottenham are battling it out for fourth place and that coveted final Champions League position behind City, Liverpool and third-placed Chelsea.

Until a couple of weeks ago, Arsenal were very much in the driving seat, with a seemingly impregnable four-point cushion over their nearby foes. Cue an unexpected implosion with defeat to Spurs followed by an abject loss to Newcastle.

Now it is Tottenham, with two-point lead and a vastly superior goal difference over the Gunners, who are the team with destiny in their own hands. Antonio Conte’s side finish the season with a trip to already relegated Norwich needing only a point to grab fourth.

Should they slip up, Arsenal can jump back into the Champions League places by beating Everton, who avoided relegation on Thursday with a stirring come-from-behind win over Crystal Palace.

Everton’s euphoric victory left Leeds and Burnley facing a nervous finale to avoid relegation to the Championship, with Leeds currently in the drop zone on goal difference.

Leeds travel to Brentford, the top flight’s surprise package, while Burnley, desperate to hold on to their top-flight status for a seventh straight season, host Newcastle, the most improved side in the division since the Saudi takeover of the club.

For Leeds, relegation would mean an agonising drop back down for a side who spent 16 campaigns in the lower reaches of the Championship and League One since last departing the Premier League in 2003-04.

In short, if Burnley win they stay up. If Burnley draw, they must hope Leeds do not win. And if Burnley lose, they will go down if Leeds draw or win.

Hold on to your hats!