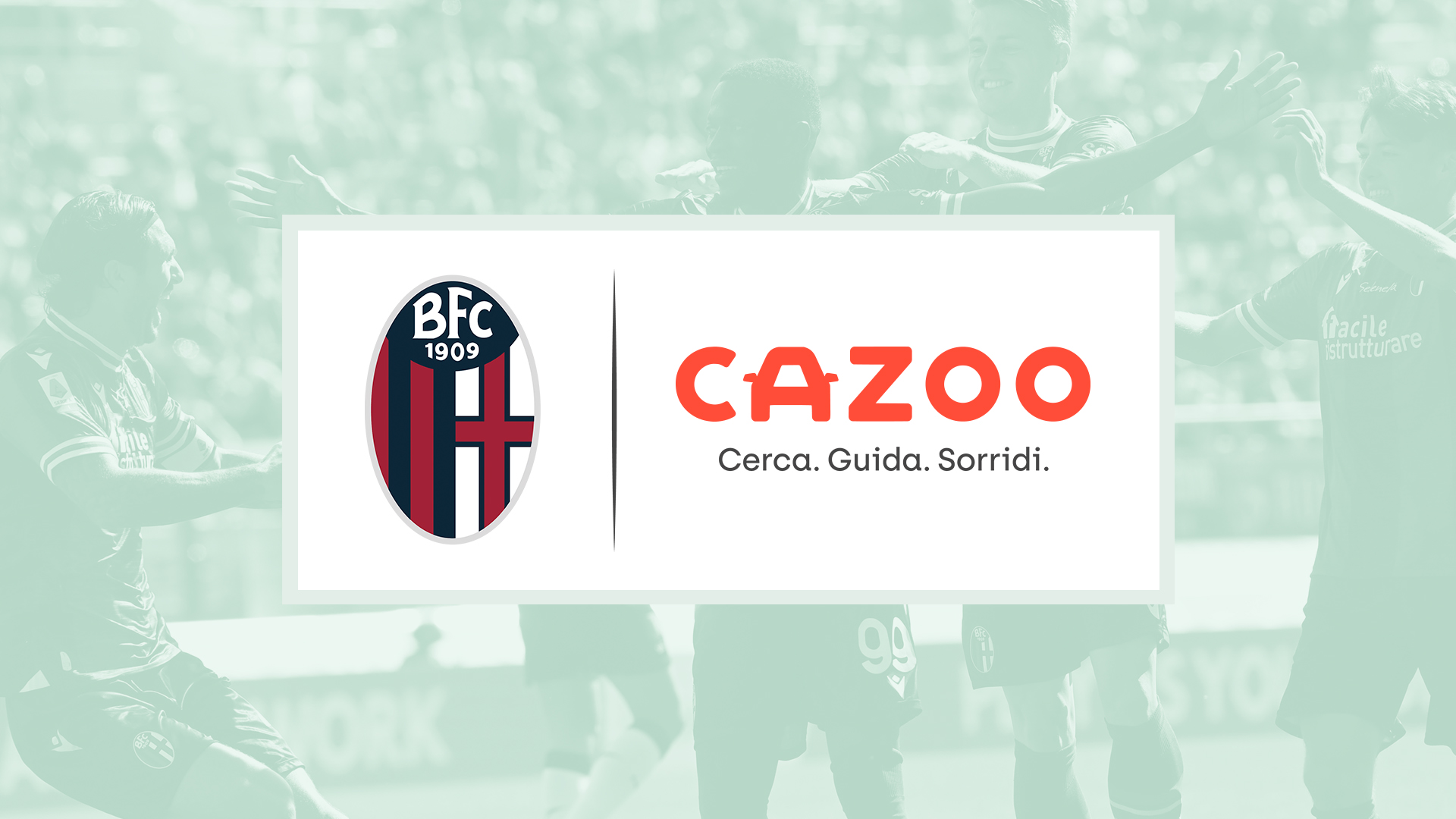 May 26 – Online used car retailer Cazoo has signed a “multi-year” main sponsorship deal with Serie A’s Bologna Fc as it prepares for its launch into the Italian market.

Cazoo will have its branding on the front of the club’s men’s and women’s team as well as the youth and academy teams. It will also have stadium branding, a website package as well as featuring on all media backdrops. No value was given for the deal.

Cazoo launches in Italy this summer with a marketing strategy that follows the pattern of the company’s European expansion that has used top tier football club sponsorships to raise the profile of its brand.

Cazoo launched in France and Germany in December last year, in Spain earlier this month. It has shirt sponsorship positions on LaLiga’s Real Sociedad and Valencia, Ligue1’s Olympique Marseilles, and Bundesliga’s SC Freiburg.

In the English Premier League it has the shirt sponsorship of Aston Villa but has not renewed its shirt deal with Everton that ended with the season just finished.

Christoph Winterling, commercial and marketing director of Bologna Fc said: “Being part of their European football club strategy makes us enormously proud and shows the trust and belief of such an international brand in our club. Together we will develop several activities for our fans and the local community and make this a unique partnership.”

Cazoon was founded in 2018 by Alex Chesterman and has already sold over 70,000 cars in the UK since its launch just over two years ago.

“Like us, Bologna Fc are very ambitious, driven by results and have a passionate following across Italy. We look forward to working with the club and the local community and to delivering the best car buying experience to their fans and consumers across Italy,” said Chesterman.