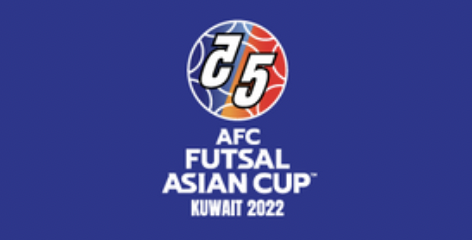 May 26 – Reigning champions Iran have been drawn in Group C for the finals of the AFC Futsal Asian Cup Kuwait 2022 on Thursday.

The Iranians, who have been AFC champions 12-times, will face Lebanon, Chinese Taipei and Indonesia.

After a gap of four years, the AFC national team futsal championships are returning with the finals to be held in Kuwait September 27 to October 8.

Kuwait, making their 12th appearance in the tournament, face Iraq, 16-time ASEAN champions Thailand and debutants Oman in Group A.

Meanwhile in Group C, Bahrain will face an all Central Asian line up of Uzbekistan, Tajikistan and Turkmenistan.

The top two in each group will qualify for the knock out rounds.