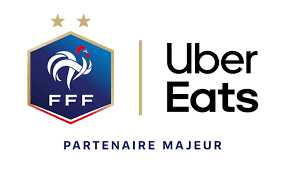 May 26 – Food delivery service Uber Eats is taking a bigger bite of French football sponsorship with a deal with the federation to sponsor the French women’s, men’s and youth teams.

Last November Uber Eats extended its deal for Ligue 1 naming rights until the end of the 2023/24 season. Now it is entering the national team arena with a three-year agreement that will run from June 2022 to June 2025.

“We have been present in France for six years with a strong local presence and we are therefore very proud to join forces with FFF, an emblematic national organisation, and to become a partner of French football in its entirety. We want to celebrate every football fan during the upcoming local, national and international events and offer them ever more innovative experiences to live their passion.” said Bastien Pahus, General Manager, Uber Eats France, Switzerland, and Belgium.

At the start of the 2020/21 season,  Uber Eats became the title sponsor of the French top flight, succeeding Conforma. That deal was extended for two years, includes naming rights to the eLigue 1 and is reportedly worth €15 million per season.

“It is with sincere pride that we welcome Uber Eats among our major partners. A leader in its market, the Uber Eats brand has quickly become a part of French people’s daily lives since its launch in 2016. Because of its existing commitment to the world of football and our shared values, our partnership became obvious and natural. It is with great pleasure that we look forward to the next three seasons of collaboration” said Noël Le Graët, FFF President.