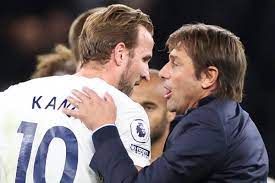 May 27 – Qualifying for the Champions League under manager Antonio Conte is reported to have made England captain Harry Kane open to new contract negotiations at Tottenham Hotspur rather than leave the club, according to unconfirmed reports.

Talks have not yet been held and Kane, who was widely reported to have pushed for a move to Manchester City a year ago, still has two years left on his current Spurs deal.

Turning 29 in July, Kane will have to make a decision soon and it is being suggested that with Conte masterminding Spurs’ return to the top table of European football for the first time in three seasons, he is open to staying on after all. His options have also decreased after City signed Norwegian superstar Erling Haaland.

It is being reported that Kane now believes he can finally win his first piece of silverware at his boyhood club.

Much depends, however, on whether Conte, brought to the club last November, remains in charge and receives the funds needed to take Tottenham further forward after they finished fourth.