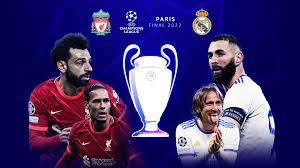 May 27 – In a repeat of the 2018 Champions League final, Liverpool will be marginal favourites to defeat Real Madrid and win a seventh European Cup, but the resilience and attacking firepower of the Spanish champions can never be underestimated following an extraordinary run to the final.

The question is whether Madrid’s luck will finally run out at the Stade De France, the venue where they breezed passed Valencia 3-0 in an all-Spanish edition of the Champions League final in 2000?

In the last decade, Los Blancos further cemented their status as kings of Europe with four titles, often inspired by Cristiano Ronaldo, but with the balance of power shifting to England and the cash-rich Premier League, Madrid’s campaign this season often hinged on very fine margins.

The Spanish went down to Sheriff Tiraspol in the group stages, but rallied in the knockout stages to eliminate Paris Saint-Germain, Chelsea and Manchester City, all ties in which they had been the underdog, played markedly inferior football to their opponents but prevailed with comebacks for the ages at the Bernabeu Stadium. City’s elimination prevented Pep Guardiola’s team from taking their rivalry with Klopp’s team to the next level.

Instead, Ancelotti, with his famed man-management style, will seek to win his fifth Champions League final. The Italian moved from Everton to the Bernabeu last summer and will have mixed emotions about meeting Liverpool, the team that defeated his great AC Milan side on penalties following a dramatic 3-3 draw in the 2005 Champions League final. Two years later, Milan and Ancelotti got their revenge with a 2-1 win in Athens.

“[In the 2005 decider,] that was the best any team I’ve coached ever played in a final,” Ancelotti told uefa.com.

Revenge is perhaps on Liverpool’s mind after the 3-1 defeat to Madrid in the 2018 final of the competition. Now alienated at Madrid, Gareth Bale starred with a marvellous bicycle kick while goalkeeper Loris Karius turned Liverpool’s antihero with two colossal blunders.

However, since then, Liverpool have grown in strength. They won the Champions League a year later against Tottenham. At home, Liverpool are a dominant force, always in battle with City for supremacy. In midfield, Thiago and Fabinho have both proven crucial and the January introduction of Luis Diaz galvanized the team’s attack as Liverpool played an outstanding second half of the season to remain in contention for the league title until the very last day of the season.

In March, Inter Milan were the last team to defeat Klopp’s team, but all of those achievements and accolades might not be enough against Madrid, who boast Vinicius Junior and Karim Benzema upfront.

The Spanish might have missed out on signing Kylian Mbappe, but they still consider themselves Champions League royalty, even after a European season where they often been the underdogs.