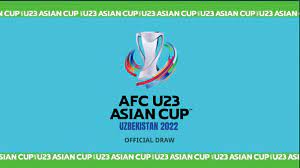 June 1 – The AFC U23 Asian Cup Uzbekistan 2022 kicks off today in Uzbekistan with the hosts meeting Turkmenistan in their opening Group A match in Tashkent.

Before they take the field the competition will open with Iran vs Qatar. Both countries ae competing in their fifth U23 finals but neither have won the championship.

Uzbekistan, who were AFC U-23 in 2018 when the tournament was hosted in China, will start as group favourites.

Group B also kicks off today with Australia playing Kuwait, followed by 2013 champions Iraq against Jordan.

2020 U23 champions South Korea start their campaign tomorrow (June 2) against Malaysia in Group C, followed by Thailand against Vietnam.

The tournament completes with the final on June 19.

As part of its digital engagement startegy for the tournament the AFC has launched an Official Match Predictor at www.the-afc.com/predictor

Fans can predict the outcome of all the 32 matches and accumulate points for their correct predictions. Additional bonus points are also on offer for those who invite their friends to join the game via social media.

Once registered, fans stand a chance to win an official Molten match ball signed by Asia’s future stars of their selected team. One winner per team will be selected based on the score on the leaderboard.